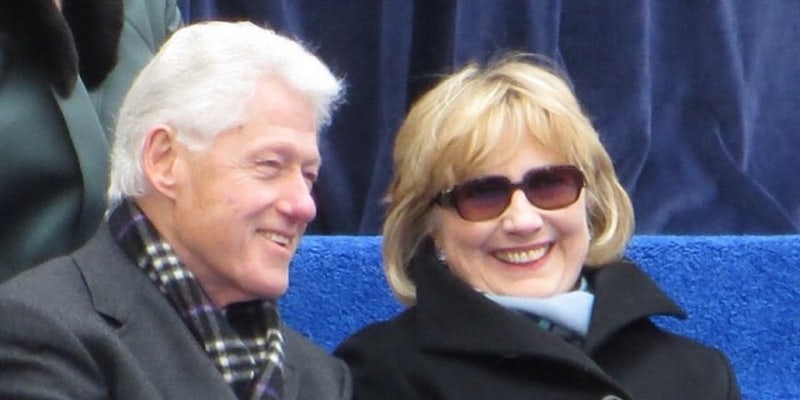 Conspiracy theorists are blaming the Clintons after Haitian president’s assassination

The term 'Clintons' began trending on Twitter after the death of Haitian President Jovenel Moïse.

Conservatives are attempting to tie Bill and Hillary Clinton to the assassination of Haitian President Jovenel Moïse.

The Caribbean leader was gunned down early Wednesday after a group of men, who were reportedly posing as DEA agents, stormed into his home.

The assassination has sent shockwaves through Haiti, with interim Prime Minister Claude Joseph calling the incident a “hateful, inhumane and barbaric act” against the nation.

In the U.S., however, the assassination is being tied to the two prominent Democrats, who have long been the subject of conspiracy theories involving Haiti.

Such conspiracy theories evolved from actual legitimate issues involving the Clintons’ work in the nation. Specifically, questions have been raised about how the Clinton Foundation spent aid money designed to help Haiti.

One scandal involved so-called “hurricane-proof” classroom trailers installed by the Clinton Foundation that were deemed “structurally unsafe and laced with formaldehyde.”

But many of those legitimate issues have long been overshadowed by far-right conspiracy theories accusing the Clintons of everything from killing would-be Haitian whistleblowers to running child trafficking rings.

The death of Moïse was seen by many conservatives figures as proof of the Clintons’ sway over Haiti’s politics.

Jack Posobiec, a popular far-right commentator known for spreading debunked conspiracy theories, shared a picture of Bill Clinton and Moïse on Wednesday in an apparent effort to link the former president to the Haitian leader’s death.

Followers of the QAnon conspiracy theory, who believe that former President Donald Trump is secretly battling the Clintons behind the scenes, likewise flooded far-right forums with the claim.

The term “Clintons” even became a top trend on Twitter due to the discussion over Moïse’s death.

The popular right-wing YouTuber known as Styxhexenhammer666 claimed that Moïse had clearly “asked too many questions.”

“Guess he asked too many questions at the last meeting about the Clinton foundation and their involvement there which has led to absolutely zero successful cases of Haitians being uplifted,” he tweeted.

The unfounded claim also received widespread pushback as well, with many arguing that the allegation was just the latest example of conspiratorial thinking from conservatives.

Neither Bill, Hillary, or the Clinton Foundation have publicly commented thus far on the assassination of Moïse.