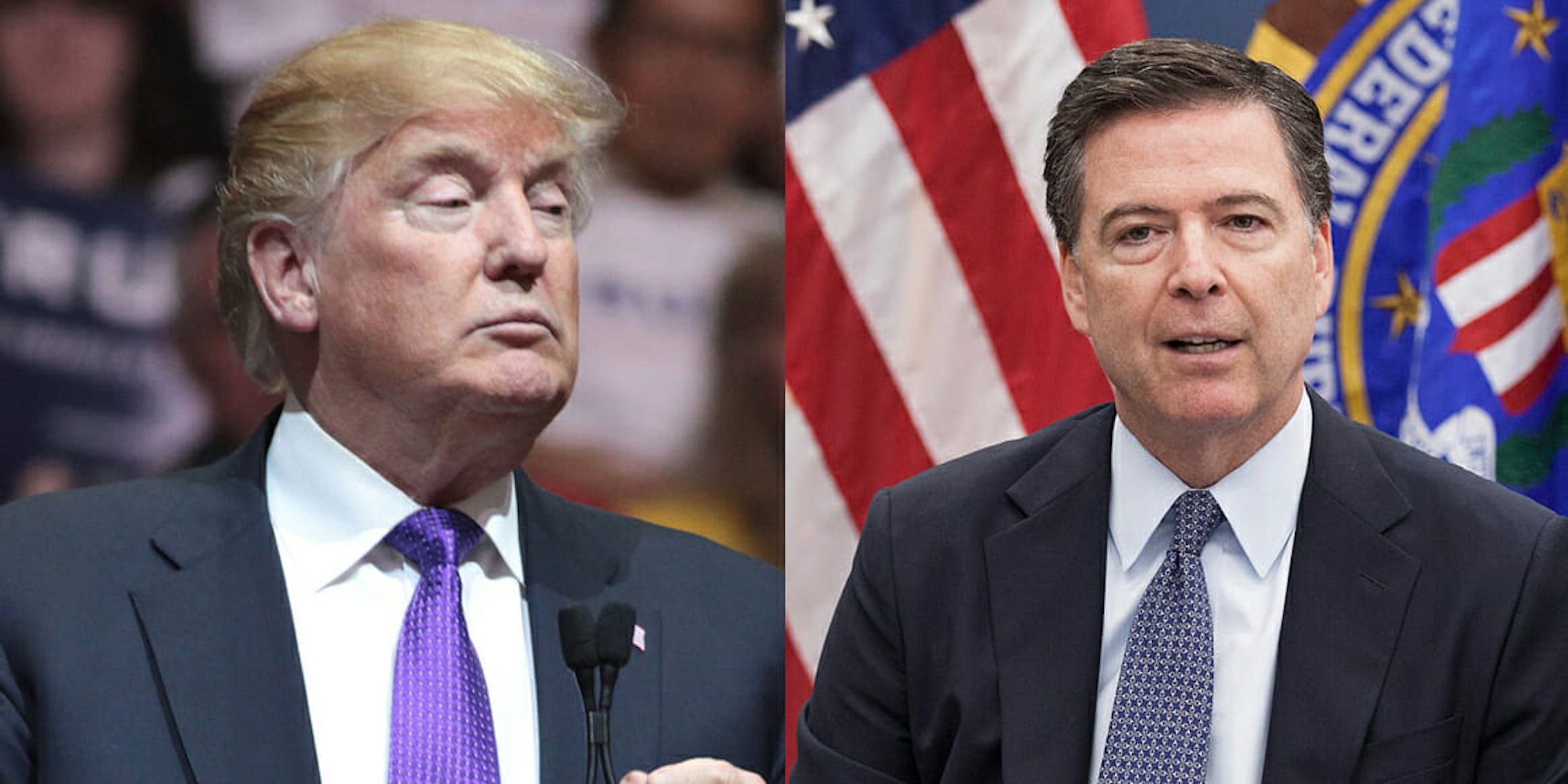 ABC says 'everyone will be talking about' the Comey interview. It's probably a safe bet.

Former FBI Director James Comey refers to President Donald Trump as a mob boss in an upcoming interview with ABC News, according to a new report.

The interview with Comey, who was fired by Trump last year and is promoting a new book, will “certainly add more meat to the charges swirling around Trump,” and will “shock the president and his team,” according to a source that spoke with Axios.

In a preview of the interview released by ABC, host George Stephanopoulos mentions the mob boss reference.

“How strange is it for you to sit here and compare the president to a mob boss?” Stephanopoulos asks.

Comey’s firing by Trump has brought a host of issues for the president since last year.

Following Comey’s abrupt ouster, which was a stepping stone toward Special Counsel Robert Mueller being appointed as claims of obstruction of justice grew, he told the Senate Intelligence Committee that the president demanded his loyalty and tried to get him to stop an investigation into former National Security Adviser Michael Flynn.

The former FBI director has also not been shy about using Twitter to post some serious shade against Trump following major tumultuous events in his presidency.

Earlier this year, Trump said Comey, among others, should be sent to “jail”–to which he responded by posting a quote from Martin Luther and defending the Department of Justice and FBI.

The ABC promo for the interview says the interview will be what “everyone will be talking about,” and given the hysteria that surrounded Comey’s Senate testimony, that’s probably a safe bet.