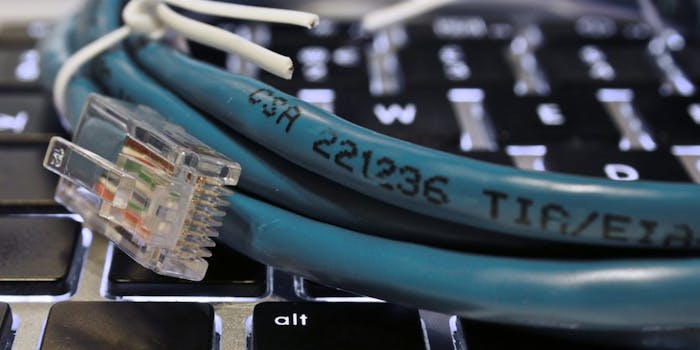 Is the Comcast–Netflix deal the end of net neutrality?

How Netflix's decision to pay Comcast could mean the end of the Internet as we know it.

Netflix has come to a deal with Comcast, the nation’s largest Internet service provider, that will alleviate the buffering and stopping customers of the subscription video streaming service have reported in recent months. But it might not be a good thing for Internet users in the long run.

Over the weekend, news broke that Netflix had agreed to Comcast’s demands for payment in exchange for smoother distribution of its online content. And while this likely will lead to a better viewing experience, the long-term consequences on consumer prices and the broader doctrine of net neutrality could be seriously impacted.

For decades, the policy of net neutrality has reigned over the Web. In short, it prevents ISPs from charging websites to deliver their content to Internet users faster. By the Internet’s own unique patchwork design, all backbone providers have been Interconnected and competing to deliver the same content without charging one another. Here’s a good diagram from The Washington Post showing exactly how that works.

This policy of neutrality, informal at first, was enshrined into regulation by the Federal Communications Commission back in 2010.

But Internet distribution has been evolving recently, and a lot of that change is centered around Netflix. The video streaming service now accounts for nearly a third of all Internet traffic. And that’s only bound to increase in coming years as Netflix continues to add new subscribers and push Super HD and 3D streaming service.

The increased traffic demands Netflix has place on ISPs has been a cause for some serious friction. This conflict has put significant strains on the relationship between Verizon and Netflix. It was recently reported that Verizon has been putting pressure on Cogent, the company that provides Netflix’s bandwidth, by refusing to make network upgrades that would allow more efficient streaming of Netflix content.

The dynamic was further thrown for a loop when a federal appeals court recently decided to partially overturn FCC neutrality regulations, which opened the door for ISPs to start charging fees for delivering certain Internet content.

That’s apparently what is now happening between Netflix and Comcast. The details of the arrangement have not been publicly disclosed, but it is clear that Netflix has made the game-changing decision to pay an ISP for better distribution of its Web traffic.

Doing so undermines the position of independent backbone providers like Cogent, according to the Washington Post’s Timothy B. Lee. The competition between these backbone providers is what fostered net neutrality in the first place. But if Netflix and other big-time web traffic providers begin cutting deals with ISPs, the backbone providers are left out of the picture and the competitive environment of the Internet is undermined. Lee says that instead of sharing the same, big metaphorical pipe, deals between content providers and ISPs create multiple, closed-off pathways that are harder for the FCC to regulate:

“[I]n a world where Netflix and Yahoo connect directly to residential ISPs, every Internet company will have its own separate pipe. And policing whether different pipes are equally good is a much harder problem than requiring that all of the traffic in a single pipe be treated the same. If it wanted to ensure a level playing field, the FCC would be forced to become intimately involved in interconnection disputes, overseeing who Verizon interconnects with, how fast the connections are and how much they can charge to do it.”

Net neutrality advocates fear this development for several reasons. If ISPs are able to create tiered levels of access, they will have more control over the Internet. Monopolistic control will ultimately lead to higher costs for consumers with less competition to drive down prices. Comcast has already faced scrutiny from consumers for it’s recently announce plan to purchase Time Warner Cable (this proposed merger would combine the nation’s largest and second-largest broadband providers).

There is also the fear that, as such deals become more common, wealthier Internet companies like Netflix and Yahoo will be able to keep scrappier upstarts, without the ability to pay for premium delivery, out of the game.

“This is the water in the basement for the Internet industry,” Columbia Law School professor and net neutrality advocate Tim Wu told the New York Times in response to the Netflix–Comcast deal. “I think it is going to be bad for consumers.”