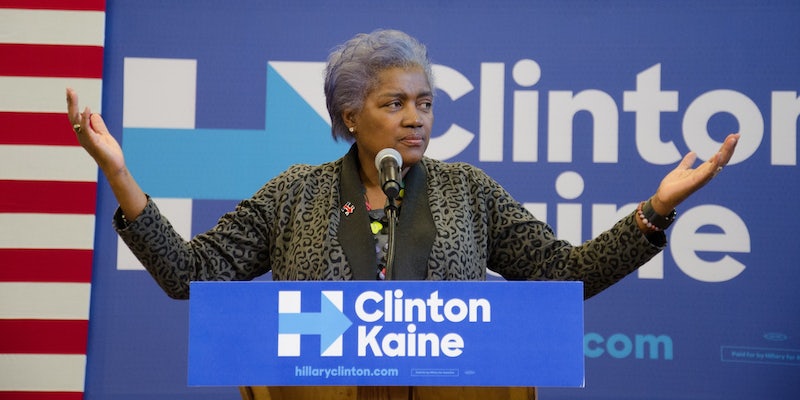 In a statement to Politico, CNN spokesperson Lauren Pratapas said the cable news network was “completely uncomfortable” with Brazile’s emails to the Clinton campaign, which led to cable network to accept her resignation on Oct. 14.

Brazile, who was suspended from CNN after becoming the interim chair of the Democratic National Committee in July, confirmed her exit from CNN on Twitter.

Thank you @CNN. Honored to be a Democratic Strategist and commentator on the network. Godspeed to all my former colleagues.

On Oct. 12, two days before Brazile’s resignation, WikiLeaks released a March 12 email in which Brazile appears to have sent the exact wording of a question put forth to Clinton and Sanders at a town hall moderated by CNN’s Jake Tapper and TV One host Roland Martin.

New emails released by WikiLeaks on Monday, which are part of a trove of some 50,000 emails stolen from Clinton campaign chair John Podesta, suggest Brazile also sent a question to the Clinton campaign ahead of a CNN debate between Clinton and Sanders regarding the water crisis in Flint, Michigan.

CNN has denied giving Brazile access to the questions in advance.