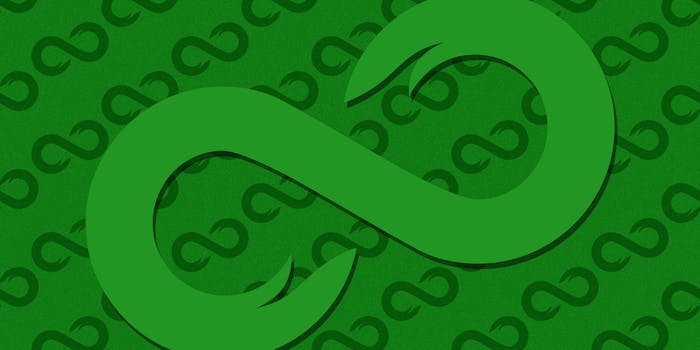 '8chan has repeatedly proven itself to be a cesspool of hate,' the CEO wrote.

A day after a mass shooter’s manifesto was posted on 8chan, the forum’s internet support has been cut off.

On Saturday, a man killed 20 people and injured dozens more at a shooting in El Paso, Texas. Only a few minutes before his rampage, a supposed manifesto from the shooter—which was filled with anti-immigrant rhetoric—was posted on 8chan.

In response, Cloudflare, an online security provider, said it would stop supporting 8chan. Cloudflare helps prevent sites from being taken down by Distributed Denial of Service (DDoS) attacks.

In a blog post on Sunday, Cloudflare CEO Matthew Prince wrote 8chan has “proven themselves to be lawless and that lawlessness has caused multiple tragic deaths.” As a result, Prince wrote, Cloudflare cut off service to 8chan at midnight PT on Monday.

The El Paso shooting is being treated as domestic terrorism. The first two lines of the accused killer’s screed read, “In general, I support the Christchurch shooter and his manifesto. This attack is a response to the Hispanic invasion of Texas.”

A manifesto from the person who killed 51 people and injured nearly as many in Christchurch, New Zealand, last March also was posted to 8chan.

Those two incidents—along with another mass shooting in Dayton, Ohio, this weekend and a previous shooting at a synagogue in Poway, California, last April that left one dead and three injured—prompted Prince to take action.

“8chan has repeatedly proven itself to be a cesspool of hate,” Prince wrote. “ … Even if 8chan may not have violated the letter of the law in refusing to moderate their hate-filled community, they have created an environment that revels in violating its spirit.”

“In pursuit of our goal of helping build a better internet, we’ve considered it important to provide our security services broadly to make sure as many users as possible are secure, and thereby making cyberattacks less attractive—regardless of the content of those websites,” he wrote. “Many of our customers run platforms of their own on top of our network. If our policies are more conservative than theirs it effectively undercuts their ability to run their services and set their own policies. We reluctantly tolerate content that we find reprehensible, but we draw the line at platforms that have demonstrated they directly inspire tragic events and are lawless by design. 8chan has crossed that line. It will therefore no longer be allowed to use our services.”

That caused a brief interruption in the site’s operations but they quickly came back online using a Cloudflare competitor. That competitor at the time promoted as a feature the fact that they didn’t respond to legal process. Today, the Daily Stormer is still available and still disgusting. They have bragged that they have more readers than ever. They are no longer Cloudflare’s problem, but they remain the internet’s problem.

With Cloudflare’s decision leaving 8chan vulnerable to DDoS attacks, the website was unavailable as of this writing. As site co-manager Ron Watkins tweeted, though, don’t expect it to stay down for long.

All our domains have been removed from cloudflare, so we will be moving to another service asap. Please excuse any downtime as we migrate to the new service.

“All our domains have been removed from cloudflare, so we will be moving to another service asap,” Watkins wrote. “Please excuse any downtime as we migrate to the new service.”

Update 12:45pm CT, August 5: After losing Cloudflare protection, 8chan pivoted to a service called Epix. However, once the company that provides servers and hardware to Epix, Voxility, found out, they kicked 8chan off as well.

In case you were wondering, it looks like the new host of 8chan and Daily Stormer will effectively be @voxility. It looks like Epik/Bitmitigate owns very little of their own hardware and instead rents Voxility's servers and AS.https://t.co/K3NXyVYcUThttps://t.co/zC0csJpQZp pic.twitter.com/pml4bL0kUU

8chan in search of ways to stay online. Once @voxility learned they were being used they cut them off this morning. Here’s what Voxility told me. pic.twitter.com/b8X3xQVCPa

The site is still down.