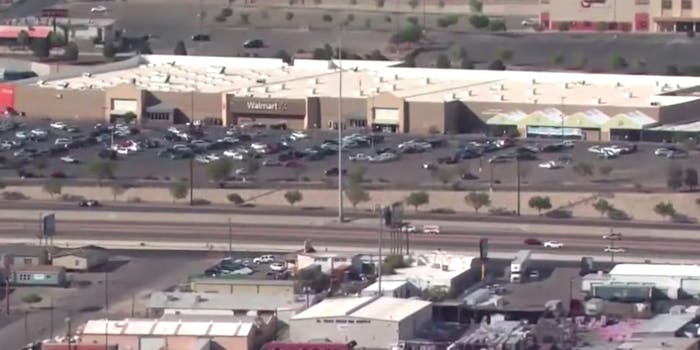 If verified, the manifesto would become the third attack priorly announced on 8chan.

An online manifesto has been linked to the gunman who opened fire at a shopping center in El Paso, Texas, killing 20 people and injuring more than two dozen others. The purported manifesto is riddled with anti-immigrant sentiments, specifically directed at Hispanic immigrants. It was reportedly posted onto 8chan 19 minutes before the first 911 call was made, according to the New York Times.

The manifesto, titled “The Inconvenient Truth,” has yet to be verified, but the Federal Bureau of Investigation (FBI) is investigating it as suspected shooter Patrick Crusius’ manifesto, according to journalist Scott Stedman. Stedman says the weapon used in Crusius’ attack matches the one detailed in the manifesto.

BREAKING: FBI investigating possible manifesto from the shooter which starts with the following two sentences: "In general, I support the Christchurch shooter and his manifesto. This attack is a response to the
Hispanic invasion of Texas"

This is the gun the alleged shooter says he used in his alleged manifesto. WASR-10, the civilian version of the AK-47. pic.twitter.com/KT0K0Y5cmh

Crusius, 21, was taken into custody following the shooting and is being interrogated, according to the New York Times. In his alleged manifesto, which starts with him expressing his support for the Christchurch shooting, Crusius allegedly wrote that he was carrying out the shooting as a “response to the Hispanic invasion of Texas” and went on to blame Hispanics for being “instigators” of their own attack.

The four-page long manifesto, as reviewed by the Daily Dot, is a hate-filled rant, citing statistics and numbers with no sources. Crusius allegedly blames immigrants–legal and illegal–for stealing jobs, and blames Hispanics for turning America into a one-party state through Hispanics’ ability to eventually flip red states, like Texas, into blue ones due to their growing population.

Crusius allegedly claims that immigrants are responsible for the job market becoming increasingly automated and for the depleting environment.

Crusius also allegedly states that he was only able to carry out the shooting through his access to guns, only made available through U.S. gun rights laws.

“I can no longer bear the shame of inaction knowing that our founding fathers have endowed me with the rights needed to save our country from the brink destruction,” reads a part of the manifesto. “Our European comrades don’t have the gun rights needed to repel the millions of invaders that plaque [sic] their country. They have no choice but to sit by and watch their countries burn.”

The use of 8chan as a platform for white supremacists to share their “manifestos” is now becoming commonplace.