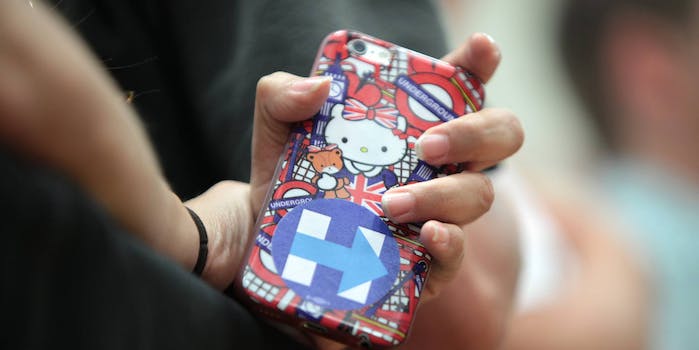 Signal is considered the gold standard in encryption apps.

Hillary Clinton wants Edward Snowden in jail but that doesn’t mean her campaign won’t eagerly take the whistleblower’s advice on how to keep online communications secure.

Clinton, who as of late has been vague and noncommittal on the global encryption debate, has seen her campaign publicly sliced and diced by cyberattacks, breaches, and leaks this year. She’s still winning handily over Republican rival Donald Trump at this point but cybersecurity is now a priority with the campaign.

Now her campaign is using Signal, widely considered the gold standard in easy and powerful encrypted communications, according to a new article by Nick Bilton.

After being initially notified of the campaign being hacked, “staffers were told, according to a person who works with the committee, that if anyone was going to communicate about Donald Trump over e-mail or text message, especially if those missives were even remotely contentious or disparaging, it was imperative that they do so using an application called Signal,” Bilton reported in Vanity Fair.

Clinton staffers were reportedly told in meetings that Signal is “Snowden-approved.”

It is, by the way: Snowden thoroughly recommends Signal whenever he has the chance.

Clinton’s journey toward encryption has been so all-over-the-place, it’s become nearly nonsensical. It’s impossible to know where she stands. Today she backs a congressional “encryption commission” to examine the question (even though virtually every technologist has already offered an answer).

In 2015, Clinton was for a “Manhattan-like project” to break encryption. Further back, in 2011, she was the world’s most vocal and powerful proponent for funding encryption technology development.

It was her own State Department that ended up funding much of the work that Signal has done on its own app as well as others such as Facebook‘s WhatsApp and Google‘s Allo.

The encryption debate is set to heat up again in the U.S. as congress comes back into session as well as in Europe, where France and Germany are leading calls for new legislation.

If Clinton or anyone within her circle start calling for limits, it’s going to be awfully interesting to watch the contortions needed to explain away her own campaign’s use of exactly the sort of encrypted communications that would be banned or hamstrung if FBI director James Comey has his way.