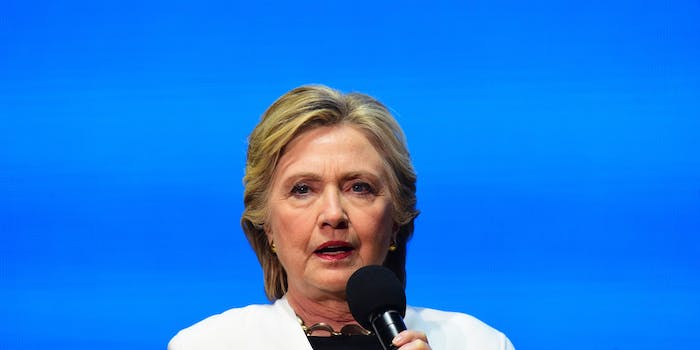 A third of Americans think Trump won the national popular vote. They're wrong.

Clinton won 65,844,610 votes nationally to Trump’s 62,979,636 votes, putting the former secretary of state ahead by more than 2.86 million votes, or 2.1 percent of the total national vote, according to the Cook Political Report’s final vote tally. Just over 7.8 million voters (5.7 percent) cast ballots for other candidates. 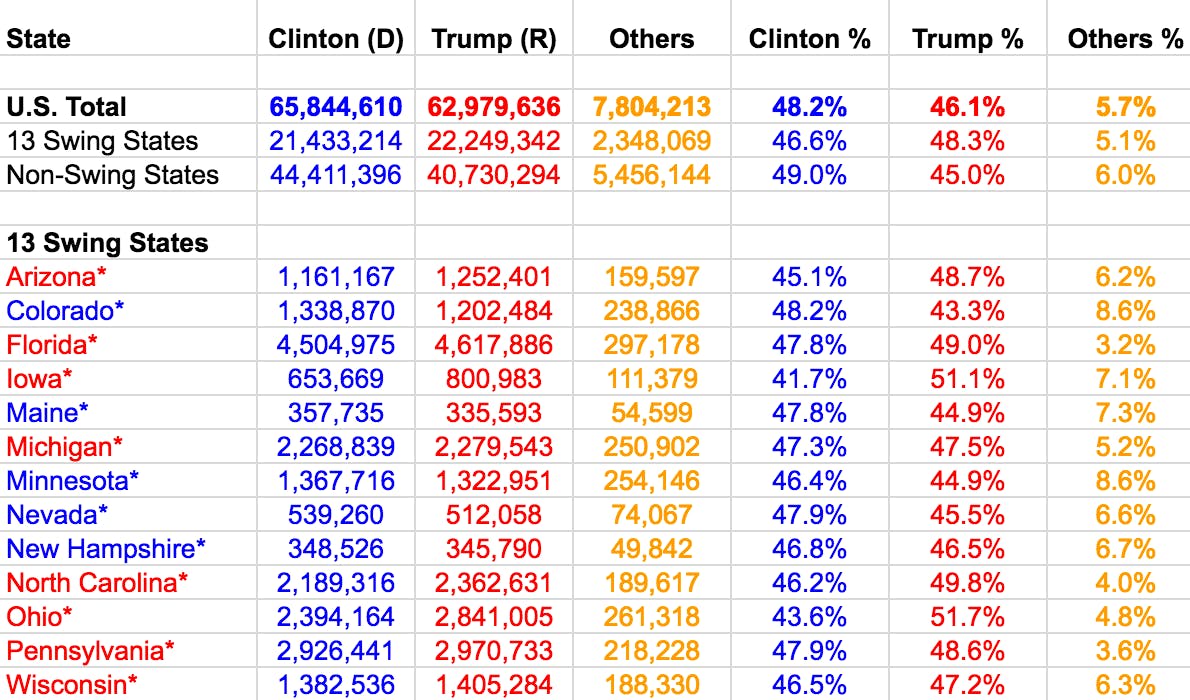 While Clinton led Trump in most polls leading up to Election Day, her lead diminished in the final weeks after FBI Director James Comey announced further investigation into emails related to Clinton’s use of a private email system during her time as secretary of state. The continued investigation found no evidence of wrongdoing. But the damage was done to Clinton’s campaign: She ultimately lost by just under 80,000 votes across Michigan, Pennsylvania, and Wisconsin—battleground states that have historically voted Democratic but this year swung to Trump.

Trump has attempted to convince people that Clinton’s popular vote lead was due to “millions of people who voted illegally.” That is false. Still, Trump’s claims are widely believed. According to a recent Pew Research survey, 29 percent of Americans (and 52 percent of Republican respondents) incorrectly believe Trump won the popular vote.

More recently, conservatives have argued that Clinton’s overwhelming win in California—she won by 30 percentage points in the state—is the only reason she won the popular vote. While that is true—if she hadn’t won California by a 4.3-million-vote margin over Trump, she would have lost the popular vote—it is also nearly as technically meaningless as the fact that Clinton won the national popular vote at all.