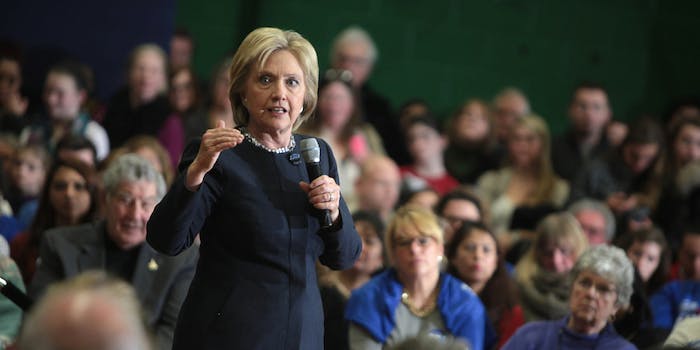 Clinton reveals her Russia obsession in new book ‘What Happened’

'I read everything I could get my hands on.'

A lengthy section of Hillary Clinton’s upcoming book is devoted to Russia’s meddling in the 2016 election and how it impacted her eventual loss to President Donald Trump.

CNN reports that in her new book, What Happened, Clinton writes about being consumed by the near-constant stream of news regarding investigations by Congress and the Justice Department into whether members of the Trump campaign worked with Russia, and similarly, just how far the country went to meddle in the election.

“I read everything I could get my hands on,” she writes in the book.

Clinton also looks back on the election and takes responsibility for her failures, CNN reports, but also blames her loss on Russia and former FBI Director James Comey, who announced continued investigation into her use of a private email system during her time as secretary of state just 11 days before Election Day. (The reopened probe ultimately found no wrongdoing.) Clinton also writes that she wonders what would have happened if then-President Barack Obama addressed the nation and warned citizens that “our democracy was under attack.”

“Maybe more Americans would have woken up to the threat in time,” Clinton writes in the book. “We’ll never know.”

As for Russian President Vladimir Putin, Clinton says he had a “personal vendetta” against her, prompting the election interference.

“I never imagined that he would have the audacity to launch a massive covert attack against our own democracy, right under our noses—and that he’d get away with it,” she writes.

News about the contents of What Happened has been coming out over the last week, just before it’s set to hit shelves across the country.

You can read CNN’s story about What Happened here.