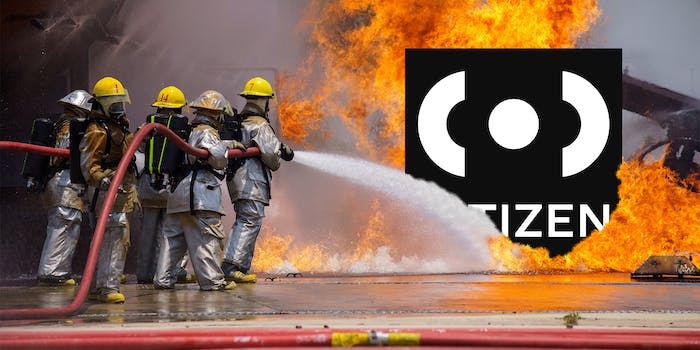 Citizen app told L.A. residents a plane had crashed—it was a training drill

Citizen made another huge mistake in Los Angeles.

Citizen, the notorious mobile application, repeated its pattern of disturbing errors on Saturday in Los Angeles, notifying 60,000 residents that a plane had crashed into Los Angeles International Airport (LAX)—only clarifying later that it was a training exercise.

The app stirred tremendous controversy in May after naming the wrong man during a vigilante hunt for an L.A-area arson suspect.

Perhaps more concerning was the fact that LAX had announced hours earlier the exercise was taking place.

Citizen broadcasted the initial alert at 8:50am PST, which was captured on Twitter:

Citizen users had immediately tried to notify the company about the error, including some who said they were inside the terminal hit by the “plane.”

During the exercise, according to the public broadcast posted by the Daily Dot, it appeared as if the Los Angeles Fire Department had roleplayed a real-life plane crash—which Citizen subsequently picked up on a police scanner—re-broadcasting it to over 60,000 users.

Citizen is a mobile application with over 5 million active users who act as “citizen journalists” while filming breaking news events.

Utilizing police scanners to notify their users about crime, the company has amassed an astonishingly long list of controversies in four years of operation. There was, most recently, the aforementioned vigilante hunt for the arson suspect. The company also considered the deployment of a private police force.

Citizen and LAX did not respond to requests for comment.