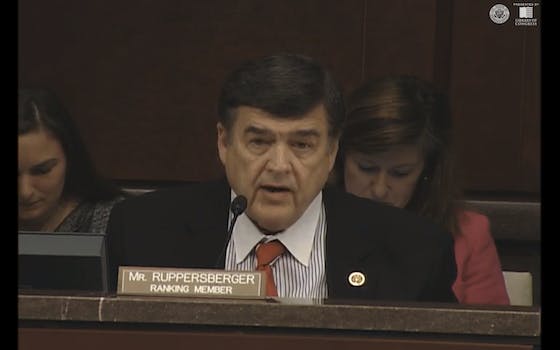 The future of CISPA to be decided Wednesday

According to a House Intelligence Committee press release, the Cyber Intelligence Sharing and Protection Actwill begin debate at 10am Wednesday

The most hotly debated Internet bill in Congress will finally go before a vote Wednesday or Thursday.

According to a House Intelligence Committee press release, the Cyber Intelligence Sharing and Protection Act (CISPA) will be debated on the floor at 10am Wednesday. If the House of Representatives doesn’t vote then, it will meet again at 9am Thursday to do so.

Designed to combat the seemingly ever-increasing hacking attacks on the U.S., CISPA is, in the view of its authors, laying the groundwork for the country to better address foreign hacks. Primarily an “information-sharing” bill, CISPA accomplishes this by making it easy for private companies to share what they know with government agencies like the NSA.

Privacy advocates, however, see the bill as a means for companies to forgo privacy laws and let the government see your otherwise personal information stored online.

Last year, the House voted on CISPA a day earlier than expected. It passed handily, with heavy Republican support and a mixed response from Democrats. However, perhaps because the White House issued a clear promise to veto the bill, it was never picked up in the Senate.

The text of CISPA 2.0 is largely the same; the bill’s been amended somewhat, though privacy groups think those changes are mostly cosmetic.

But the battle around it looks very different this year.

Though tech companies were largely mum on CISPA before the 2012 House vote, many have now laid their cards on the table. Reddit, Craigslist, and Mozilla have actively advertised their opposition on their sites.

Top executives from Google and Yahoo have formally signed their support through lobbyists, presumably because CISPA would allow the government ease their own cybersecurity bills, and IBM is sending scores of employees to lobby House members on behalf of the bill.

The people have spoken as well. Millions have signed at least one of the many anti-CISPA petitions floating around the Internet, and it look less than a month for more than 100,000 Americans put their name on an official White House petition against the bill.

It’s unclear how CISPA would perform if does pass the House. It was too toxic for the Senate last year; the Senate at the time was trying to pass its own cybersecurity bill, the Cybersecurity Act of 2012. But that bill failed twice, and its champion, Joe Lieberman (I-Conn.), has since retired. And the White House, though it criticized the CISPA, no longer promises to veto it.