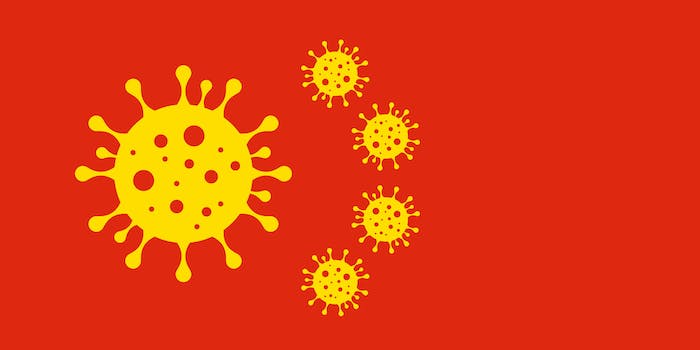 Why NBC is being accused of pushing Chinese propaganda

It goes both ways.

If you were online yesterday, you may have seen a claim that was both equal parts damning and inspiring.

It was a tweet by NBC News, which depending on how you took it, gave you a pessimistic view of America, or hope for a relatively near future.

The coronavirus outbreak was at its worst in January/February in China, so the possibility that two months from then, we could see a recovery was uplifting to some. But the fact that the U.S. had seen what had happened in China, and still was struggling to handle cases, was maddening.

But there’s a third, very vocal subset online taking this tweet in a very different direction, and saying that NBC News is pushing Chinese propaganda.

The argument, which has validity, is that the Chinese government has and is willfully underreporting its struggle with coronavirus.

According to the Washington Post, the death toll in Wuhan, where the outbreak began, was wildly misrepresented. The official death count in the city is 2,563. Estimates have put it possibly as high as 40,000 people.

So, the argument goes, if the Chinese government is hiding the scale of the outbreak, why would someone credulously report these new numbers that positively reflect the government?

That the zero death toll came in the wake of China tossing out reporters from major U.S. outlets, should also make you think twice about believing what is happening.

Another video of Wuhan today, producing a light show, and shared by ABC, prompted a similar reaction.

A lot of the criticism is based on the right-wing belief that the media is hopelessly biased against President Donald Trump and loved to contrast China’s success and the U.S.’ failure.

That sentiment was best exemplified by Sen. Marco Rubio (R-Fla.), who said that the U.S. media was reporting the rising American death toll with “glee.”

It’s certainly fair to criticize the media’s reporting of data out of China. It’s impossible to verify, and given the regime’s penchant for secrecy, it’s reasonable to think the numbers out of there are intentionally low.

But that the cheering is coming from some of the biggest names in conservative media is laughable, because they are guilty of the same kinds of problems.

Editors at the Daily Wire were ones adamant about the mainstream news being an arm of the Chinese Communist Party.

But what’s the difference between what NBC wrote there, and what their site said repeatedly in January and February, credulously reporting Trump’s claims that the virus would go away, the risk to Americans was low, and that his administration was well prepared.

Or for that matter, reporting that the president’s coronavirus test came back negative when there’s no way to independently verify that outside of what government officials may tell you.

Conservative sites months ago were reporting that this virus wouldn’t be a problem here. Or that the U.S. was prepared.

If you published something about the risk being low coming from the president, or Vice President Mike Pence when experts were sounding alarms, and while the president was willfully admitting he wanted to keep numbers low for the optics, well you’re guilty of pushing the same kind of propaganda.

Because if it really is a conspiracy to prop up a government, then it goes both ways.