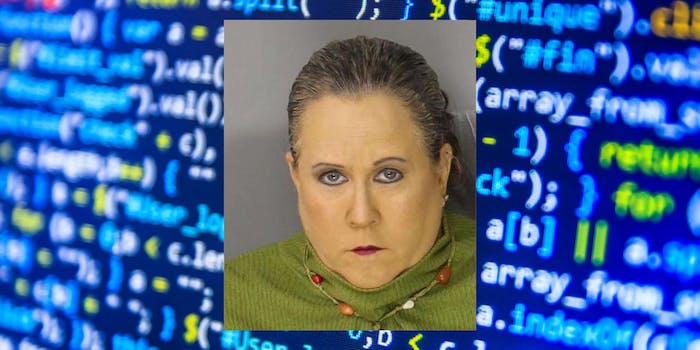 The 50-year-old mother has been charged with three counts of cyber harassment.

A mother in Pennsylvania is accused of using deepfake technology to frame her teenage daughter’s cheerleading rivals in an effort to get them kicked off of the team.

As further reported by the Philadelphia Inquirer, Spone, according to charges filed by the Bucks County District Attorney’s Office, even sent anonymous messages to the girls that urged them to commit suicide.

Police first became aware of the issue last July when a victim’s parents alerted them to the anonymous messages. No evidence indicates that Spone’s daughter was aware of her mother’s actions.

Two other families and the cheerleading coaches came forward not long after and told police that they had received similar messages containing videos and images as well.

After examining the messages, police determined that the videos were deepfakes and had been developed with images from the girls’ social media accounts. Details have not been released on whether Spone created the deepfakes herself or hired someone online to do so.

Investigators then traced the phone numbers used to send the messages back to an online service that mainly sells numbers to telemarketers.

The numbers were purchased by an account using an IP address that was later linked to Spone. After obtaining a warrant to search the woman’s phone, police say they found evidence linking her to the messages.

It remains unclear what led Spone to allegedly target the three young girls. The father of one of the alleged victims, George Ratel, says the harassment may have come after he and his wife told his daughter not to hang out with Spone’s child due to behavioral issues.

“I don’t know what would push her to this point,” Ratel said. “As a dad I was pretty upset about it. It’s an image put out there of my daughter that is simply not true.”