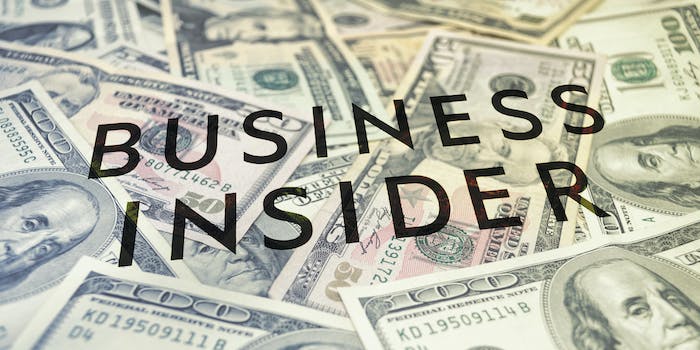 One should have expected this to happen.

And in recent years, in an effort to make sure the world is a fair and more equitable place, workers have pushed for pay transparency across industries.

The movement’s gotten so much momentum that even bigwigs are pushing for it. Hey, ain’t that great. Yesterday, Insider’s Global Editor-in-Chief Nicholas Carlson tweeted out that his news site was launching an initiative to collect salaries, in an effort to help eliminate disparities.

“Insider is launching a series that demystifies people’s salaries, and we need your help,” Carlson tweeted.

In response to his post, one of the reporters at the site asked Carlson if he would disclose his salary. You know, in the name of transparency, after he announced a salary transparency project. Maybe? …. Maybe?

“Fun question!” Carlson replied. “I’d rather not say publicly for lots of practical reasons I’m sure you can imagine. This feels a little wimpy, but also prudent. I think I would submit it to some third party I could trust to keep it anonymous and average it with other people in roles like mine.”

There’s probably not a better way to rile up the masses on Twitter than for a (most likely) highly paid media executive to publicly refuse a question about his salary after launching a transparency project, responding to a subordinate about how he’s essentially above the moral necessity of the project he’s ostensibly supporting.

Hypocrisy, disdain, lack of full disclosure. It was a recipe to set aflame media Twitter.

In response to an emailed inquiry by the Daily Dot, Carlson passed along our questions to Insider’s communications team, which has not yet responded.

Update Jan. 26, 11:23am CT: Insider told the Daily Dot in a statement that it “does not comment on the salaries of its staff.”