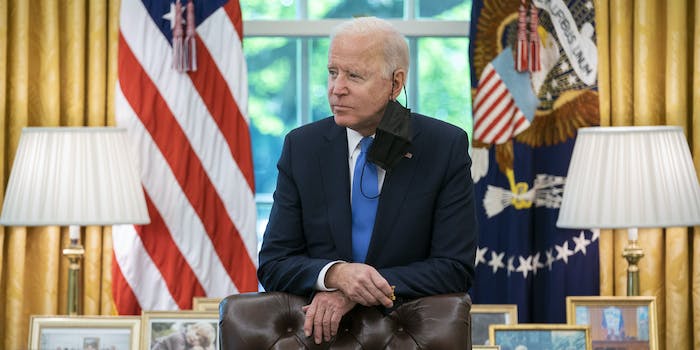 There are still details that aren't clear.

A recently agreed to infrastructure package includes $65 billion for investing in broadband, the White House said late on Wednesday.

The Senate voted to take up the $1 trillion infrastructure bill on Wednesday after weeks of negotiations. The bill still needs to hammer out details and would face final votes in both the Senate and the House of Representatives before going to President Joe Biden’s desk for a signature.

However, the package does set aside $65 billion for broadband, according to a fact sheet released by the White House. That number is far lower than Biden’s original goal of $100 billion but had been generally agreed upon by Democrats and Republicans for over a month.

When Biden initially put forward his infrastructure package, it allocated $100 billion for broadband. However, amid negotiations with Republicans, the administration lowered that figure to $65 billion in an attempt “of seeking common ground.” Subsequent negotiations have stuck with that number.

A fact sheet released by the White House notes that the package will ensure “every American has access to reliable high-speed internet with an historic investment in broadband infrastructure deployment.”

However, unlike Biden’s initial push, it does not go into much detail about how that money would be spent. Biden’s first proposal said it would support community, co-op, and municipal broadband networks, something Republicans have bristled against.

The administration said the agreed-to deal would also require providers who receive funding to offer a “low-cost affordable plan” and offer “price transparency.”

More specifics should become available as the infrastructure bill’s text is written by lawmakers.