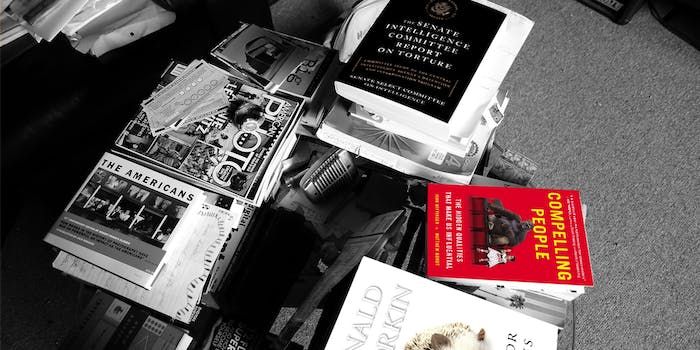 Chelsea Manning is currently facing solitary confinement for infractions like having expired toothpaste in her cell.

The reason? Having expired toothpaste in her cell as well as the Caitlyn Jenner Vanity Fair issue that she received via the prison mail system. The list of books comes from a “Evidence/Property Custody Document” posted on Manning’s official Twitter account.

“Prisons are very controlled environments and they try to keep them very controlled and sometimes in that control they really go too far, and I think that this is going too far,” Manning’s lead attorney Nancy Hollander told the Associated Press. “… [These events] could impinge on her free speech rights and be an attempt to silence her.”

Photo via rskspyderman/Flickr (CC BY 2.0) | Remix by Fernando Alfonso III