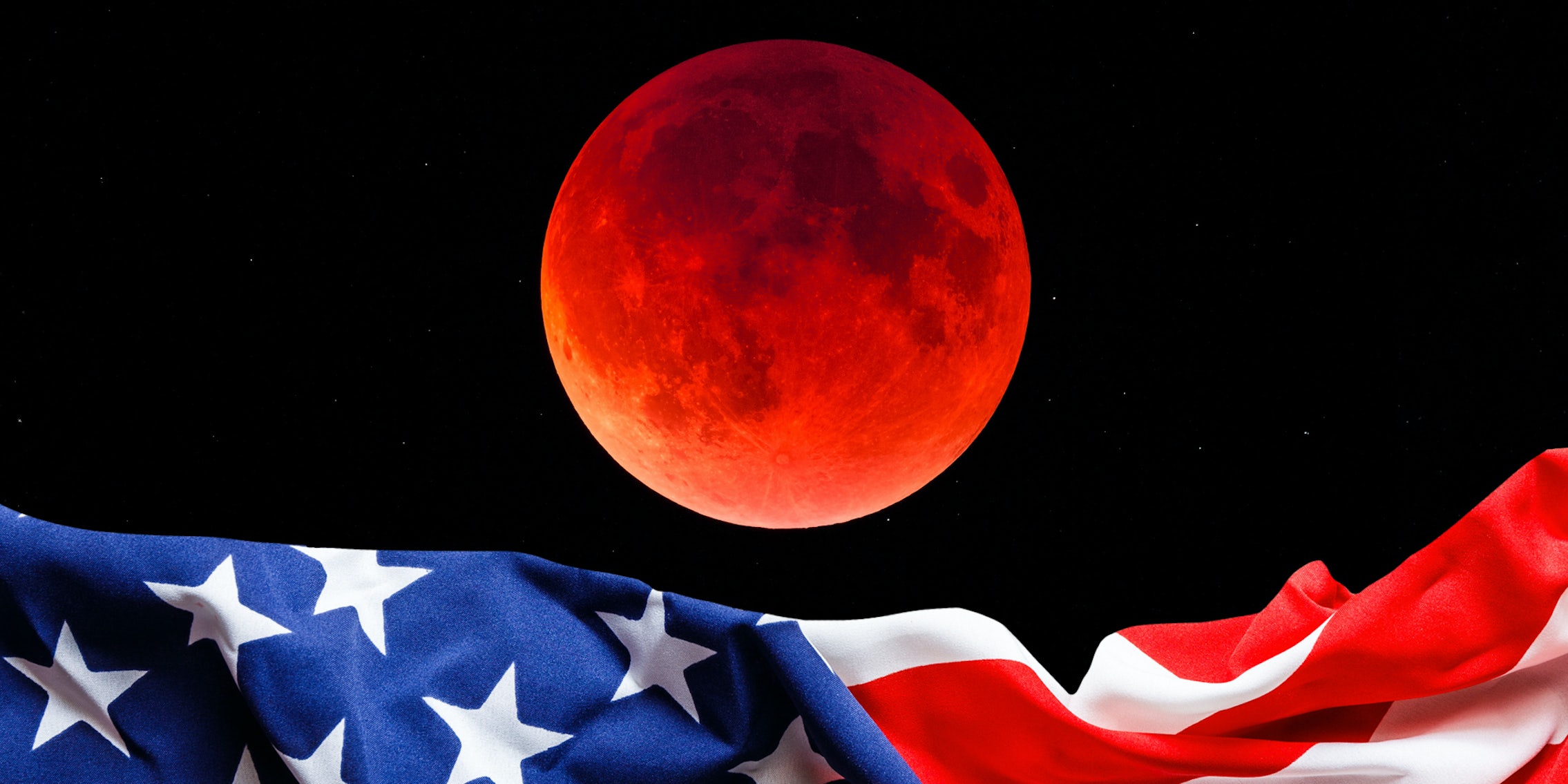 A lunar eclipse on the full moon coinciding with Election Day is spurring a rash of online conspiracy theories.

Plenty of people who don’t believe in things like John F. Kennedy Jr. faking his own death felt uneasy over the confluence of celestial and political events. But the conspiratorial-minded are convinced that the total lunar eclipse, known as the blood moon, the night before the midterms must surely mean Republicans would take over Congress.

(It’s called the blood moon because the refraction of light during a full lunar eclipse makes the moon appear red.)

The Gateway Pundit wondered if it means that the “GOP will dominate the election.” The Daily Caller tweeted, “Is this a sign?” The latter noted that Uranus would also be visible at the same time, but didn’t seem to consider this significant.

Conspiracy theorist Jovan Hutton Pulitzer noted that the ancient Incas feared the blood moon and asked, “It’s Election Day—should we?” He also expressed hope that the eclipse means the country will “bleed red.”

Many conspiracists believe the blood moon means Republicans will be more successful than Democrats this election cycle. This wouldn’t be particularly surprising, as the party in power typically loses seats in Congress and other races in midterm elections. The party has also been favored to win back at least the House since March.

“THE GREAT AWAKENING APPROACHES….RED PILLED THE PLANE OF EXISTANCE…..NCSWIC…WWG1WGA,” a QAnon conspiracy theorist opined on Telegram.

Conspiracist Telegram channel the Great Reset Times pondered whether there is a special significance to the blood moon happening on Election Day, prompting one of its subscribers to comment, “The ground may be covered in blood also once those DEMONS GET ACTIVATED.”

Theories about the significance of the relatively rare full lunar eclipse falling on Election Day ran rampant across the internet.

Some disagreed about whether it was a good or bad sign, but they are sure it means something.