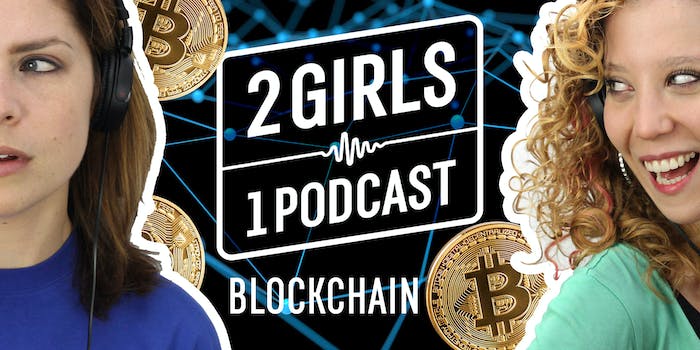 Consensus-based reality: How blockchain communities could change the world

When people talk about Bitcoin and blockchain tech, the conversation typically moves to the price of commodities and the hype around trading them. But the actual blockchain movement is about so much more.

This week on 2 GIRLS 1 PODCAST, Alli and Jen talk with Adam B. Levine, the podcast editor at CoinDesk, who breaks down how our trust in banks, governments, and monetary policy has failed us in the 20th century, and why cryptocurrencies re-assign that trust to math and a “consensus-based reality”—that is, a majority of people agreeing what is true, and making better policy decisions based on accountability.

Levine also discusses why some cryptocurrencies are poised to radically change the world, while others are just about the memes… until they’re not.