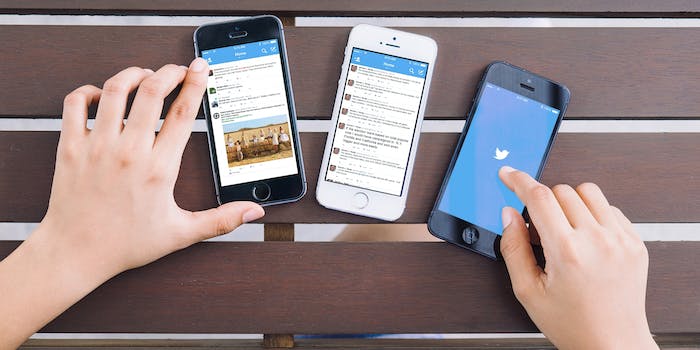 This white supremacist tried to bring down #BlackTwitter, but Black Twitter fought back

The publisher of a prominent white supremacist blog launched a coordinated effort to “bring down #BlackTwitter” as retaliation against Twitter for banning two well-known white nationalists. The misinformation campaign failed, but not before providing fodder for the very community it was going after.

On Dec. 9, Andrew Anglin, founder of the neo-Nazi site The Daily Stormer, authored a vitriolic post revealing that he and his cronies had created more than a thousand fake Twitter accounts of black people during the last two years to create chaos on the microblogging platform. The impetus for the sabotage was the banning of notorious alt-righters Jared Wyand and Andrew Auernheimer (better known online as weev), who allege they were blocked because of their commentary over PizzaGate. The Daily Dot previously reported that Wyand had been banned because his unsuccessful call to boycott Rogue One: A Star Wars Story devolved into anti-Semitism.

“We wish to create a state of chaos on twitter, among the black twitter population, by sowing distrust and suspicion, causing blacks to panic,” Anglin explained. “This will create a serious problem for twitter, as blacks make up a large percentage of their userbase, and the way they handle it—and they will handle it poorly—will cause a media spectacle.”

Anglin hoped that wreaking havoc on Twitter would have the ancillary effect of disrupting the Black Lives Matter movement.

“Activists will no longer be able to operate without being constantly suspicious that blacks responding to them are fake accounts,” he argued.

The white supremacist also encouraged his readers to join the effort by providing a bigoted how-to guide on creating a fake account and emulating a black person on Twitter. His blueprint included making sexually-charged allegations (“All sex related drama works.”) and poking fun of people’s mixtapes (“Another true stereotype is that black males are all “aspiring rappers.”).

Although it’s unclear exactly when this misguided plan was actually rolled out, some of these fake accounts have popped up in the wild. Unsurprisingly, some of the characterizations are laughably bad:

I'm crying at this bio. White people really think we talk like this pic.twitter.com/3BcinM4OEF

These fake accounts by the alt-right racists are seriously doing image searches from google and flipping the picture pic.twitter.com/JweePK3JAM

Unfortunately for Anglin, his saboteur tactics did not have the desired effect. Instead, it resulted in #BlackTwitterVerificationQuestions, a comical hashtag that Fusion’s Charles Pulliam-Moore—who first noted its existence—describes as “a series of inside jokes that would make immediate sense to black people, but baffle anyone who actually thought they were some sort of BlackTwitter™ verification process.”

Some of the would-be Black Twitter verification questions challenge a person’s knowledge of Zola, the 150-tweet epic that took over the platform in 2015:

Zola correctly realized that dude was lost in the

Others asked about black pop culture:

It’s uncertain to gauge whether Anglin expected his campaign to succeed. What is blatantly clear is that he and his cohorts severely underestimated Black Twitter’s ability to take ignorance directed at them and turn it into a pretty good joke.