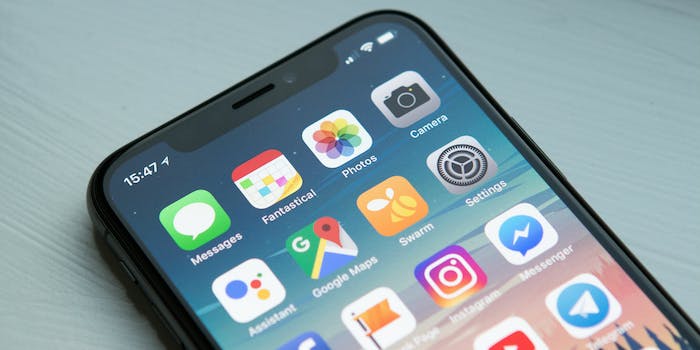 It's the latest Unicode-based iOS bug to make the rounds.

A new Unicode bug is wreaking havoc on some iPhones and iPads running newer versions of iOS. Dubbed the “black dot” bug, when a certain sequence of emoji and Unicode characters are sent to your iOS device, your phone or tablet will crash repeatedly.

This particular issue, which is so-named because you see the black circle emoji in your messaging app before it crashes, started out as an Android bug first (specifically in WhatsApp). It’s currently affecting Apple devices running iOS 11.3 and 11.4, but it’s not something most people should have to worry about. Your phone will only crash if someone deliberately sends you the characters <⚫> 👈🏻 over text.

Thankfully, it has a simple fix. If a frenemy does send you the black dot bug, you should immediately force close the iMessage app. Next, 3D Touch the iMessage icon and then tap “New Message.” Your iMessage app should open as normal, and this will give you the chance to delete the offending message that caused your phone to crash.

In February, a different but similar bug struck messaging apps on iOS. In this instance, a particular Indian (Telegu) character would crash your phone and then prevent you from being able to open chat apps such as Facebook Messenger or WhatsApp. iOS has also suffered from a handful of other character-related bugs recently. In November, an issue autocorrected the word “it” to “I.T.”, making it difficult for many to logically carry out their digital conversations. Another bug around the same time autocorrected the letter “I” to a strange symbol.

Apple will likely have a fix for this bug in an upcoming iOS update. Until then, be kind, and don’t prank your friends with the black dot bug.