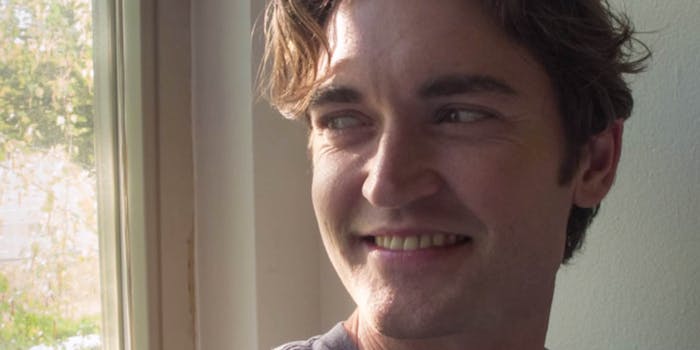 Roger Ver has pledged $160,000 and counting to the legal defense of Ross Ulbricht.

The man they call “Bitcoin Jesus” is about to bestow a cryptocurrency blessing on the man the feds are calling “Dread Pirate Roberts.”

Bitcoin entrepreneur Roger Ver is poised to make what’s shaping up to be at least a six-figure contribution to the legal defense fund of Ross Ulbricht, 30, who stands accused of running the online drug empire Silk Road. Here’s the tweet that started it all.

I’ll give $10 to @Free_Ross for each RT. If guilty, he’s a hero. If innocent, he needs help. https://t.co/XwhqrN06UT pic.twitter.com/Oau4dkFvdV

Posted on Saturday, the tweet surpassed 16,000 retweets on Sunday, putting Ver on the hook for more than $160,000. Clearly achieving the type of viral effect for which he was aiming, we reached out to Ver to ask why he’s willing to give so much money to Ulbricht’s cause.

Ver, a 35-year-old Bitcoin entrepreneur who gained his sanctified nickname from his willingness to invest in Bitcoin startups, said he decided to make the contribution as a sort of investment in his Libertarian ideals.

“I think that each individual owns their own body and has the absolute right to put whatever they want into it,” Ver told the Daily Dot in an email. “The police, judges, and jail guards, who lock people in cages for ingesting substances without the permission of strangers, are the ones committing evil and need to stop.”

Clashing with the law, Libertarian style

Ulbricht has been in federal custody since Oct. 1, when the FBI arrested him in a San Francisco public library on the same day the agency seized Silk Road’s Web domain. The spirit of technologically-facilitated libertarianism that Ver extols seems to be something he and Ulbricht have in common.

“Just as slavery has been abolished most everywhere, I believe violence, coercion and all forms of force by one person over another can come to an end,” Ulbricht wrote on his LinkedIn profile. “To that end, I am creating an economic simulation to give people a first-hand experience of what it would be like to live in a world without the systemic use of force.”

Libertarian thought was also an extremely important facet of the Silk Road community, which hung its collective hat on the idea that their way of drug selling and buying involved far less violence than more traditional methods.

“If Ross Ulbricht is [Dread Pirate Roberts] and helped facilitate the these voluntary interactions,” Ver said, “he is a hero for helping provide the technology that allowed peaceful people to ignore the violent threats from strangers calling themselves politicians and law enforcement.”

Of course, investigators have also floated allegations that Ulbricht was involved in several murder-for-hire plots. Those alleged plots are not thought to have resulted in any deaths, and the federal prosecutors currently working on the case did not bring any formal charges against Ulbricht in regards to the matter.

Ver himself is no stranger to the long arm of federal law. He was sentenced to 10 months in prison in 2002 for selling explosives on eBay. As Ver recently explained it to Bloomberg, the product was a “firecracker to scare birds away from cornfields.”

“I can tell you from first-hand experience much more than half of the people at the facility I was imprisoned and tortured at were there for victimless crimes,” Ver wrote in his email.

Disenchanted by the U.S. government, Ver renounced his citizenship and moved to Tokyo in 2006 after his probation period ended.

“This is a complicated, precedent-setting case and will take a mountain of work,” Lyn Ulbricht, Ross Ulbricht’s mother, told the Daily Dot in an email. “Our lawyers are dedicating an enormous amount of labor and time, for little compensation so far.”

Lyn Ulbricht has become the driving force behind the effort to raise money for her son’s defense. The campaign was slow to pick up steam, but Ulbricht has been successful of late by appealing to Internet freedom activists and libertarians at gatherings such as last month’s Porcupine Freedom Festival or “Porcfest.”

Basically, Ulbricht’s argument is that since her son’s case is legal “uncharted territory,” everyone who uses the Internet has something at stake.

“This is about much more than one man or one website,” Ulbricht said. “This case will set precedent for 21st century law as it regards the Internet, digital currency, and more.”

The strategy seems to be paying off. Ulbricht said an anonymous donor at Porcfest contributed about $17,000 to her son’s defense fund, which was the largest contribution she has received to date.

Ver has not yet made his mega-donation. To this point, it’s all promises, and apparently not something he pre-planned with the Ulbricht defense fund.

“I learned of the campaign on Twitter the same way as everyone else,” Lyn Ulbricht said.

On Silk Road, Bitcoin was the only way to pay.

The site is said to have facilitated 1.2 million transactions in its two-and-a-half year run totaling 9.5 million bitcoins, which investigators say equaled $1.2 billion. At today’s conversion rate, it would be closer to $6 billion, but the value of Bitcoin was significantly less while Silk Road was in business.

Last month, the U.S. government auctioned off nearly 30,000 bitcoins it allegedly seized during its digital raid of Silk Road. The government is still sitting on about 144,000 bitcoins worth more than $90 million that the FBI said it obtained from a hard drive belonging to Ross Ulbricht.

In addition, one of the Bitcoin community’s favorite sons and most fervent evangelists, 24-year-old entrepreneur Charlie Shrem, is also in legal hot water over alleged ties to Silk Road. Shrem is facing 30 years in prison for supposedly helping to launder Silk Road bitcoins through his company BitInstant.

Despite these alleged criminal connections, the value of Bitcoin has increased nearly sixfold to about $630 in the nine months since Silk Road fell. This growth has sparked a wave of positive attention for the digital money.

“Bitcoin is here to stay,” Ver said. “Charlie’s case is just another example of people wearing costumes behaving in immoral ways that wouldn’t be tolerated if done by people not wearing costumes.”

Ver said he has been in contact with Lyn Ulbricht about transferring his contribution to the Free Ross campaign, and he expects it to happen within the next week. As you might have guessed, Ver says he won’t be wiring cash or cutting a check.

“I can’t imagine making the contribution in anything other than Bitcoin.”

Update: Soon after this story was published on Monday, Ver again tweeted about his contribution to Ulbricht’s defense campaign.

We reached out to Ver for more information. He said that he hasn’t yet decided what the exact amount of donation will be, but he expects his contribution will be near to the estimate given at the beginning of this article, which was $160,000.

It appears Ver also looking for ways to use his contribution to rally other donors.

“I need some other information first, but I plan to leverage it into a whole lot more as well,” he said.