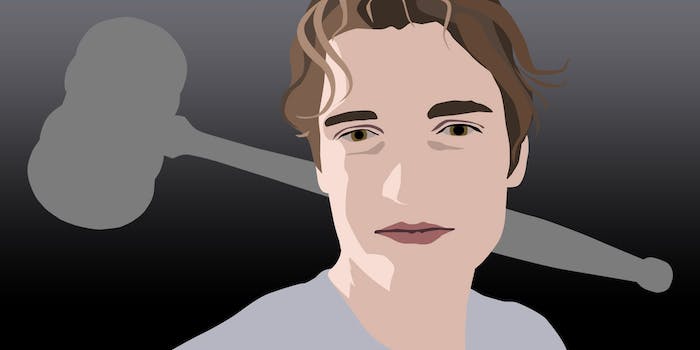 Back to the drawing board for Ross Ulbricht?

A federal prosecutor does not agree with the theory that alleged Silk Road owner Ross Ulbricht was a guiltless “digital landlord,” running a hidden website that just so happened to be used by hundreds of thousands of drug dealers and buyers. Nor does he believe the argument that Bitcoin transactions fall outside money laundering laws holds any water.

The digital landlord argument was part of a request by Ulbricht’s lawyer, Joshua Dratel, for the judge overseeing the case to dismiss the indictment brought against Ulbricht in February.

“A mere landlord does not recruit drug dealers to sell on his premises, or control the terms on which they conduct business, or take a cut from their sales, or protect their activities from law enforcement,” Turner argued in a memorandum filed Monday evening. “That is the stuff of conspiracy, not a mere landlord-tenant relationship.”

Ulbricht, who was arrested in San Francisco library this past October, is accused of creating, owning, and operating Silk Road under the pseudonym “Dread Pirate Roberts.” Investigators say the site facilitated $1.2 billion in mostly illicit transactions during its nearly three-year run.

Ulbricht has been hit with charges including drug conspiracy, computer hacking conspiracy, money laundering, and being the “kingpin” of a continuing criminal enterprise. If convicted on all four, Ulbricht would face a minimum of 30 years, and a maximum of life, in prison.

Along with the digital landlord defense, Dratel is attempting to argue that Ulbricht could not have committed money laundering because, under new IRS rules, the only accepted method of payment on Silk Road, Bitcoin, is not a currency.

Turner countered this by arguing that the language of the federal money laundering law does, in fact, encompass Bitcoin.

“Bitcoin transactions comfortably fit within the broad language of the definition,” Turner wrote, “as Bitcoins are ‘funds,’ and Bitcoin transactions, which are conducted via the Internet, therefore involve ‘the movement of funds by wire or other means.’”

The trial in this case is scheduled to begin on Nov. 3, and plenty can change between now and then. The prosecution has another month to file a superseding indictment.

Murder-for-hire charges were notably absent from the initial indictment, despite accusations that Ulbricht paid $730,000 for the killing of six individuals who supposedly threatened the security of Silk Road. No one is believed to have died as a result of these alleged actions, as one of the six was staged by FBI agents and the other five were likely the work of a scammer, looking to steal money from Dread Pirate Roberts.

It’s worth noting that Dratel’s argument was hypothetical in the sense that he never conceded that Ulbricht was, in fact, Dread Pirate Roberts.

Turner’s counter-argument to the “digital landlord” defense is laid out in full in the memorandum below.