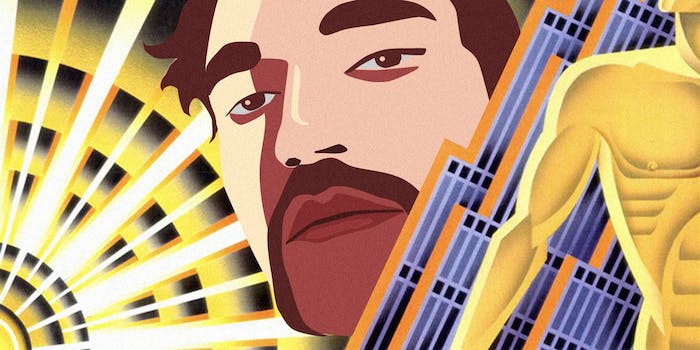 The FBI tracked down Silk Road's founder using his posts about the Mises Institute. But what is it?

But when it came to online black market drug marketplace the Silk Road—whose alleged mastermind, 29-year old Ross Ulbricht, was arrested in San Francisco on Tuesday morning—its status as an online haven supposedly outside the reach of sovereign governments made it a cause célèbre in some radical libertarian circles.

In looking at Ulbricht’s own online footprint, the portrait emerges of a techno-libertarian who turned his vision for the world’s foremost drug marketplace into an economic force that apparently earned him over $72 million in commissions.

In a short manifesto posted on his LinkedIn page, Ulbricht wrote about the lofty goals he hoped to accomplish, presumably using the Silk Road for the betterment of all humanity:

Ulbricht, who allegedly went by the pseudonym “Dread Pirate Roberts,” was apparently a fan of the libertarian Ludwig von Mises Institute, which bills itself as “the research and educational center of classical liberalism, libertarian political theory, and the Austrian School of economics.”

Founded in the early 1980s after one of its co-founders split with the politically powerful right-leaning Cato Institute, the Mises Institute’s namesake is a Ukraine-born philosopher whose magnum opus Human Action is considered an influential document among the Austrian, laissez-faire school of economists.

Much like novelist Ayn Rand, Mises has amassed a sizeable following of American libertarians. In a letter to Rand praising her landmark novel Atlas Shrugged, Mises wrote, “You have the courage to tell the masses what no politician told them: you are inferior and all the improvements in your conditions which you simply take for granted you owe to the effort of men who are better than you.”

According to a sworn deposition by FBI Special Agent Christopher Tarbell contained in the Department of Justice’s criminal complaint against Ulbricht, Ulbricht allegedly included a link to Mises Institute’s website in his email signatures and regularly posted about the Institute’s work on the Silk Road’s forums.

On his YouTube profile, Ulbricht favorited an hour-long lecture by Mises Institute scholar Robert P. Murphy advocating for the privatization of the United States’ legal system through the removal of government-operated civil and criminal courts in favor of an ecosystem of competing arbitration firms.

A representative from the Mises Institute acknowledged that Ulbricht requested information about the organization in 2008, but declined to go into more detail and refused to make any other representatives from the Institute available for comment.

Interestingly, while Roberts expressed his enthusiasm for the Mises Institute, the think tank hasn’t exactly been bullish on Bitcoin—the anonymous, electronic currency that served as Silk Road’s chosen medium of exchange.

A 2011 post on the Institute’s website entitled “A Clear Concise Look At Bitcoin,” signaled the currency’s volatility, along with “the Silk Road folks signaling their willingness to work with ‘authorities’ if necessary,” as reasons to be skeptical—adding, “Caveat emptor” (“buyer beware”).

Another article published on the site a few months later, after a dramatic crash in the currency’s value, expressed support for, at the very least, the theoretical underpinnings behind Bitcoin.

“Any libertarian has to have some sympathy for any effort to create an alternative currency, and the state has narrowed the options so much that we can fully expect a long series of nonviable projects to emerge in the future,” read the blog post. “It is part of the terrible struggle of our times to find ways of living free in an age of government omnipotence.”

In an August interview with Forbes, Dread Pirate Roberts insisted anonymization services like Tor and Bitcoin not only made Silk Road possible but also have the potential to remake human interaction for the better. “This will return the power of communication back to the people and with Bitcoin giving people control over their money and trade again, we’re talking about the potential for a monumental shift in the power structure of the world,” he said.

But the morailty behind the  the Silk Road looks a lot more complicated when you consider which specific items Roberts, who allegedly maintained tight control over virtually every aspect of the site, prohibited from being sold on the marketplace.

According to the criminal complaint, in August of 2011, Roberts announced the creation of a new section of the site titled “forgeries,” where people could buy and sell fake government documents such as IDs and passports—the FBI claims Ulbricht even purchased them himself. However, private documents such as receipts and university diplomas were strictly prohibited.

In a sense, private documents like receipts or diplomas are written evidence of legal contracts. The importance of contracts between consenting individuals is a crucial tenet of libertarian thought and an issue the Mises Institute has examined in detail on multiple occasions. In a libertarian-minded, small-government state, it’s the prevalence of these types of contracts that keep a civilized society from slipping into anarchy. In the lecture Ulbricht favorited on YouTube, Mises scholar Robert Murphy’s argument about privatizing the judicial system only works—even in the abstract—if private contracts are universally honored.

As such, if Ulbricht is indeed the Dread Pirate Roberts and and he viewed the Silk Road as a fundamentally moral undertaking, it isn’t actually all that surprising he chose to draw the line regarding forged documents along the public-private divide.

It wasn’t only the Silk Road’s alleged mastermind who viewed the marketplace as something more noble than a relatively safe avenue for trafficking in illegal narcotics. On Reddit’s r/SilkRoad forum, a user going by the handle InfraViole7 wrote a post calling the Silk Road’s closure, “a loss for the general good of human, regardless if you are pro illegal drugs or not.”

The SR was not doing anything morally wrong, rather the opposite. Think about it. Druggies and producers will always find a way to trade drugs. The SR made it possible to trade the drugs with less to no intermediaries, directly from producer to consumer. As we all know, the dealing process is the whole reason why the world has to deal with all type of war related to drugs, for an example in Mexico. From a moral standpoint, what the SR have done is to prevent war, gang related crime etc. which is a really good thing.

Another Reddit user, Libertas_SR, wrote a post soliciting donations for Ulbricht’s defense. “We are all sad to see SR get shut down, but it is also a sad day for the person that provided us with this amazing community,” wrote Libertas_SR. “He has a very long battle ahead of him and the least we can do is support him, and I am providing the means to do that.”

In an ironic twist, authorities told the San Francisco Chronicle that, as of June, Ulbricht was living with a friend on Hickory Street in San Francisco’s Hayes Valley neighborhood and, on at least one occasion, managed the site from an Internet cafe on nearby Laguna Street from which he administered the Silk Road website. Momy Tobi’s Revolution Cafe & Art Bar, the Internet cafe located a block away from the intersection of Hickory and Laguna streets, is communist-themed.