Your complete guide to Bitcoin 2.0

When people talk about Bitcoin, they usually call it a cryptocurrency, digital currency, virtual currency, or just “electronic money”—all of which are accurate. But these terms miss one of the most interesting features of virtual currencies—they aren’t just electronic, they’re also programmable, allowing users dictate precisely how they behave.

Imagine being able to tell all the money in your wallet not to allow itself to be spent on tequila shots before embarking on a night out bar hopping. Or parents being able to directly control what kids spend their allowance on without having to constantly look over their shoulders.

Restless computer scientists are using the programmable nature of cryptocurrencies to unleash a torrent of innovations on top of the now 7-year-old Bitcoin technology originally proposed by the mysterious Satoshi Nakamoto.

We’ve collected a handful of those innovations to show that, just like any successful piece of open-source software, the Bitcoin project may never truly be finished.

While Bitcoin was the first cryptocurrency, recent years have seen a proliferation of other virtual currencies that took the basic idea of Bitcoin, tweaked it, and then unleashed the results upon the Internet. Some of these so-called altcoins—such as Dogecoin and Litecoin—have achieved notoriety in their own right, but none have even approach the name recognition and popularity of the original. Bitcoin’s market cap, the total value of every bitcoin in existence, is currently over $6 billion. The market cap of its closest competitor barely tops $300 million. 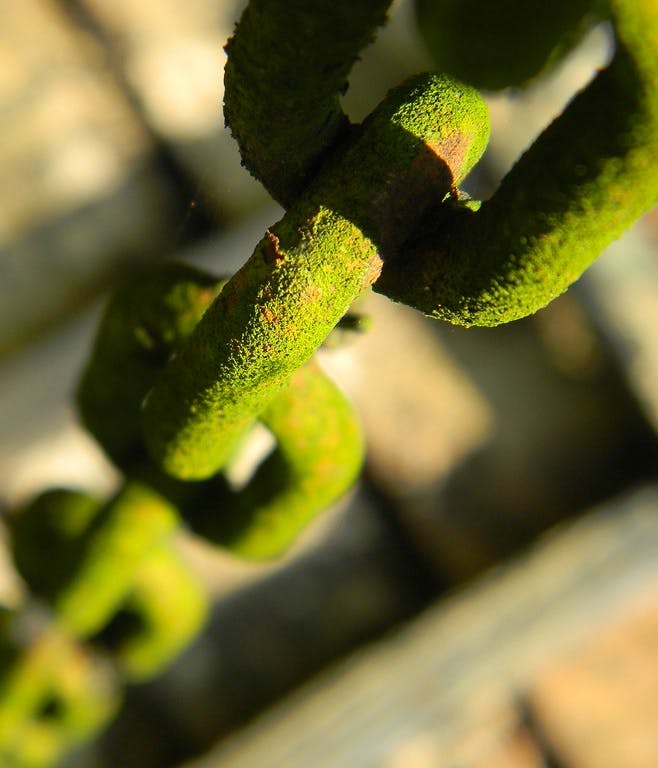 Side chains, an idea recently proposed by a pair of cyrptocurrency developers, are an attempt to solve this problem by allowing people to create new forms of cryptocurrency that are directly tied back to Bitcoin.

The backbone of Bitcoin, and most other cryptocurrencies for that matter, is a giant public ledger called the blockchain. Every Bitcoin transaction in history is lodged on the blockchain, which is constantly updated and universally accessible to everyone connected to the Internet. It ensures that someone sending a bitcoin to someone else is actually the rightful owner of that bitcoin and isn’t trying scam whomever is on the other side of a particular transaction.

The issue is that, for the blockchain to work, every coin traded on it has to be exactly the same. If someone comes up with a great idea for how to improve Bitcoin, the entire network has to agree to the change, which can be tricky if the update is designed to facilitate a specific type of transaction, like micropayments or complex financial derivatives. Side chains allow for the creation of mutant currencies that can be quickly and easily tied back into Bitcoin blockchain—simultaneously taking advantage of altcoins’ propensity for experimentation and Bitcoin’s massive network effect.

Ironically, in order to become a reality, side chains require just the sort of update to the master bitcoin protocol that side chains were proposed to circumvent.

When you type “www.dailydot.com” into your Web browser, what’s really happening? Your request goes to a centralized location called the Domain Name System (DNS) that matches the Web address you typed in with a the Daily Dot’s numerical IP address.

The DNS was originally managed by the U.S. Department of Commerce and transferred into the hands of the private organization called Internet Corporation for Assigned Names and Number (ICANN) in the late 1990s. Earlier this year, likely triggered by Edward Snowden’s revelations about the NSA’s massive online surveillance program, it was announced that the U.S. will give up exclusive control of ICANN and let the project be managed by the international community.

Even so, since a lot of cryptocurrency developers have a natural aversion to anything with a word “centralized” attached to it, a group of them decided to use the Bitcoin protocol to assign domain names outside of the current standard system through something called Namecoin.

Namecoin is an altcoin that allows its holders to create, and then buy or sell, their own domain names outside of ICANN in a way that’s supposed to evade government censorship and reduce the likelihood of outages.

Namecoin currently only the supports domain names with the suffix .bit and adoption hasn’t exactly been overwhelming. Still, it’s a good example of the type of applications for cryptocurrenies that exists well outside of the realm of what traditional payments systems are used for. 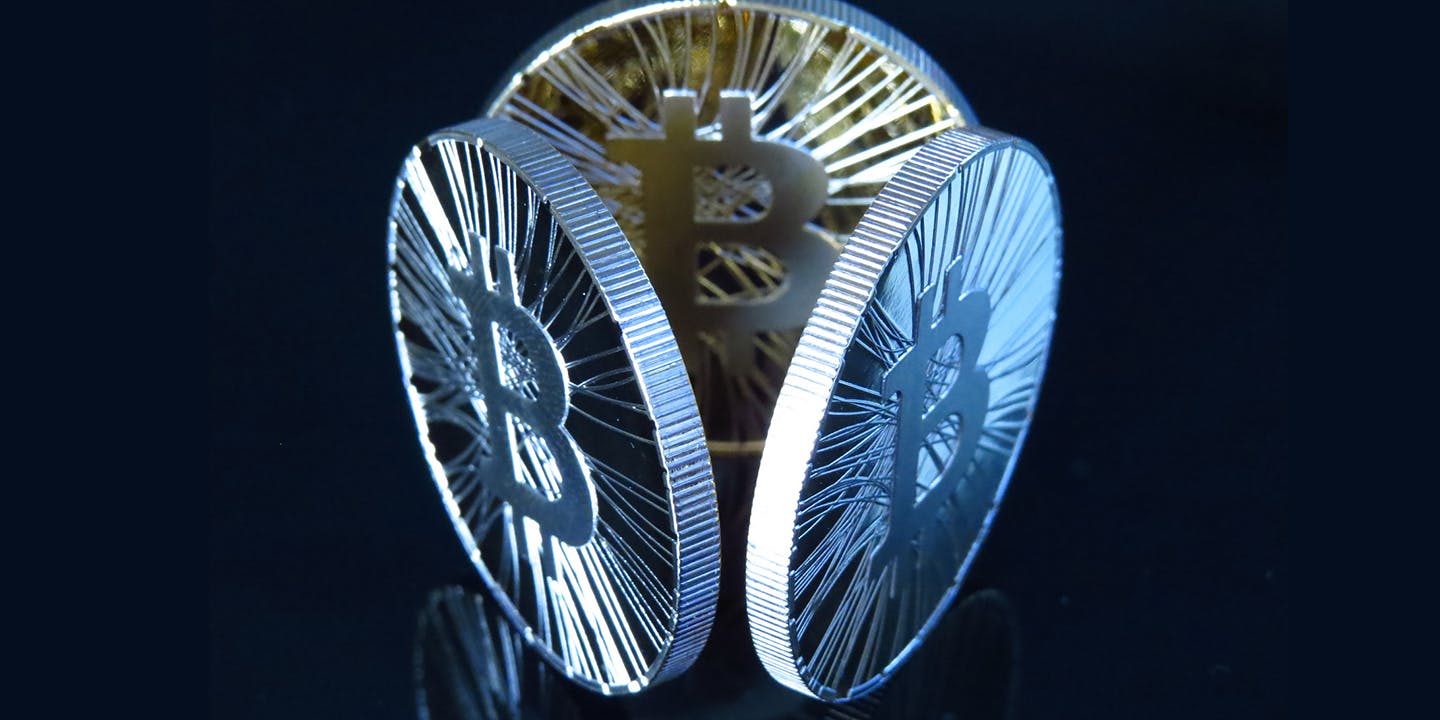 New Bitcoins are created through a process called mining, which works like this: Computers around the world connect to the Bitcoin network and the run a specialized piece of software that basically plays an incredibly complicated guessing game. Every ten minutes, one computer (or group of computers working in tandem) wins that round of the game and publishes a “block” of the last ten minutes worth of Bitcoin transactions to the blockchain. Their reward for winning the game comes in the form of freshly minted Bitcoins.

Creating new coins in this way is called a “Proof of Work” system, and it has the advantage of incentivising people to do the computational heavy lifting required to keep the the Bitcoin network functional.

However, it also comes with some baggage.

For example, if a single miner (or group of miners pooling their resources) obtains 51 percent of the the total computing power on the network, they have the ability to commence what’s called a “51 percent attack.” In a 51 percent attack, the powerful miners are able to use their control over publishing new blocks to introduce fraudulent information into the record, allowing them to do things like spend a single bitcoin an infinite number of times or preventing the transactions of other Bitcoin users from going through.

Additionally, because Proof of Work systems require new blocks to be published at regular intervals, it creates a system where Bitcoin transactions can take up to ten minutes to be confirmed through the blockchain.

Starting with a cryptocurrency called Peercoin, which was followed by BlackCoin and NXT, some virtual currency innovators have created a different system for bringing new coins into the world called Proof of Stake.

In a Proof of Stake system, there’s no delineation between miners of a given currency and its average users because every single person with a Proof of Stake coin in their wallet is essentially a miner. New coins are periodically doled out to across the network based on the number of coins already in users’ wallets. In other words, Proof of Stake coins allow their users to earn interest just by holding coins.

A Proof of Stake system has a number of advantages over a Proof of Work system. For one, it makes 51 percent attacks impossible. It also allows for quicker confirmations. BlackCoin transactions, for example, can take as little as ten seconds before being confirmed. It also eliminates the need for miners to constantly upgrade to more powerful machines—a technological arms race that not only consumes an inordinate amount of electricity, but also makes the overall Bitcoin network less efficient.

The recently announced Ethereum project takes the concept of programmable money one step further. Ethereum wants to create a cryptocurrency with its own internal programming language and operating system, making the creation of self-enforcing contracts as easy at banging out a few lines of code. 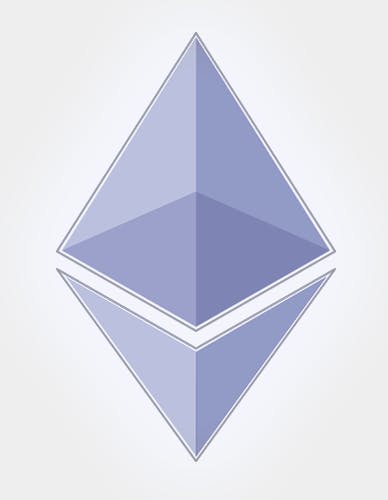 A white paper detailing the project published to Github earlier this year lays out just what one of those contracts might look like: “For example, one might have a treasury contract of the form ‘A can withdraw up to X currency units per day, B can withdraw up to Y per day, A and B together can withdraw anything, and A can shut off B’s ability to withdraw’.”

However, Ethereum’s creators see the platform’s potential going far beyond that. They envision using the currency to do everything from facilitating decentralized file storage and increasing the efficiency of the computational industry to creating entire corporations whose bylaws and assets are contained in coins.

This versatility is why Ethereum has been called the “Lego of crypto-finance.”

Some cryptocurrency innovations are less about expanding what virtual currencies are capable of doing than they are about ensuring the longevity of the currently existing network. One such effort is being undertaken by Bitcoin core developer Jeff Garzik, who is partnering with the private aerospace company Deep Space Industries to release Bitcoin nodes (computers used to confirm transaction on the Bitcoin network) in orbit around Earth.

Garzik’s goal is to create a fall-back system to keep the Bitcoin network online in case of outages on Earth. “We want to keep Bitcoin healthy and free by finding alternative ways to distribute blockchain data,” Garzik said in a statement announcing the project. “I believe space holds the promise of our future, and also offers a lot of utility right now.”

The plan is to have the nodes—small boxes measuring 10cm on each side—hitch rides on already planned space missions, which should keep the cost of such a project down considerably. Even so, the overall price tag will be expensive. Garzik hopes to raise $2 million in donations to cover the cost of sending Bitcoin into space