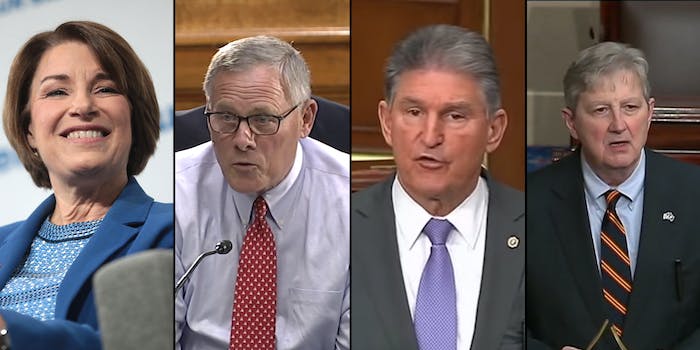 The bill was previously introduced in 2019.

A bipartisan group of senators have teamed up to reintroduce a data privacy bill that would give users more control over the data collected by websites and companies.

Klobuchar and the other three senators had previously introduced the bill in 2019.

The bill would give users the right to opt-out and keep their information private, to specify privacy preferences, and would require that platforms have their terms of service in “plain language.”

It would also also require platforms to allow users to get a copy of the data about them that’s been collected and make it mandatory for platforms to notify users of a data breach within 72 hours.

“For too long companies have profited off of Americans’ online data while consumers have been left in the dark,” Klobuchar said in a statement. “This legislation will protect and empower consumers by allowing them to make choices about how companies use their data and inform them of how they can protect personal information.”

Burr added in a statement: “In today’s world, ownership and agency over one’s internet data is essential in protecting users’ privacy online. This bipartisan legislation is a commonsense step in granting individuals a greater ownership over the type of information companies may collect on them.”

The Senate has long been attempting to push through some sort of data privacy bill. In 2019, both Democrats and Republicans unveiled versions of a privacy bill but they differed in major areas. Ultimately no bill was agreed upon.

A number of states, like California and Virginia, have passed data privacy laws in the absence of one at the federal level.