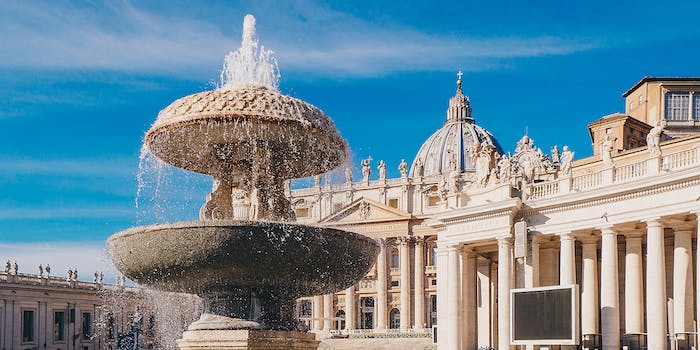 Right-wing conspiracy theorists claim Biden soiled himself at the Vatican

Conservatives helped spread a rumor over the weekend that President Joe Biden soiled his pants during an overseas trip to Italy.

The allegations began unfolding on Friday after the Vatican unexpectedly decided to cancel its live stream of Biden’s meeting with Pope Francis, which went on for 90 minutes, during the president’s stop in Rome.

The following day, as Biden attended the G20 summit alongside other world leaders, former Nevada GOP Chairwoman Amy Tarkanian claimed that the unusually long meeting time the day prior may have been caused by a “bathroom accident” involving the president.

“The word around Rome is that Biden’s meeting with the Pope was unusually long because Biden had a bit of an ‘bathroom accident’ at the Vatican & it had to be addressed prior to him leaving,” she tweeted. “I know we joke often about this, but this is the actual rumor going around Rome now.”

The tweet was quickly shared thousands of times, spurring conservatives to begin claiming that photographs and videos of Biden during the meeting somehow proved he had defecated his pants.

Hashtags such as #PoopyPantsBiden, #ShartWeek, and #PoopGate even became top trends on Twitter as a result.

Even pictures of Biden on Sunday as he attended the COP26 climate summit in Glasgow, Scotland were cited as evidence of the president’s apparent inability to control his bowels.

As world leaders gathered for a group picture at COP26, Biden was seen at the very end of the lineup. This, according to conservatives, was evidence that he had soiled himself once again.

“Rumor is……Joe is taking the dementia medication, Namenda,” she tweeted. “One of the common side effects is diarrhea. Now we know….. he’s running to the bathroom.”

In reality, while the 78-year-old president’s cognitive abilities have been a topic of debate, no evidence has ever been shown to indicate that Biden suffers from dementia or is taking medication such as Namenda.

The claim that Biden had a so-called “bathroom accident” throughout the entire weekend is also without evidence.

Other journalists alleged that no such rumors had even circulated Rome to begin with and had likely been made up on Twitter.

It’s likely that for many conservatives the truth doesn’t actually matter at the end of the day and that angering and “owning the libs” is the ultimate goal.