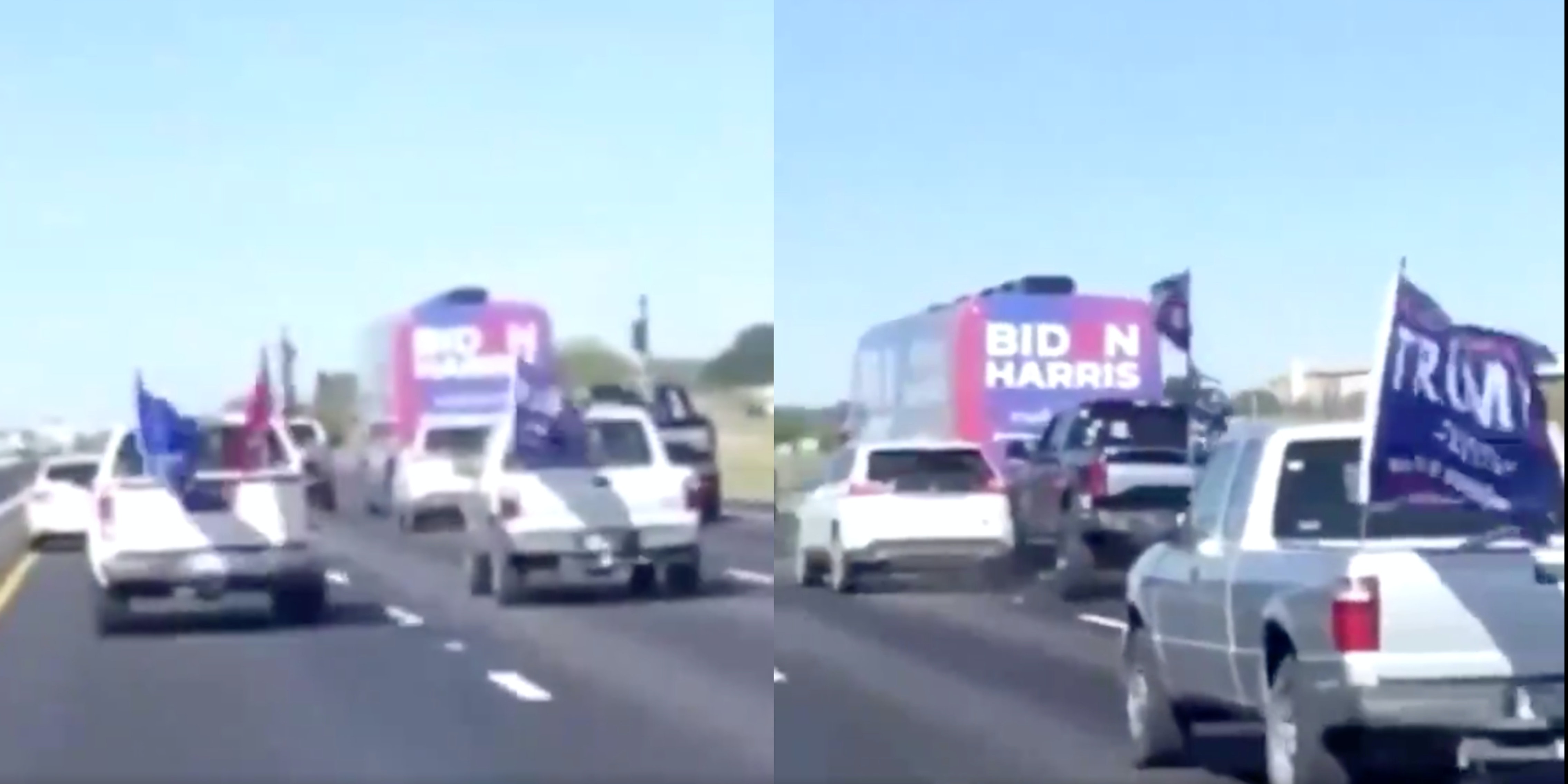 One video shows a pro-Trump truck crashing into a Biden staffer's van.

Former Vice President Joe Biden’s campaign canceled an event in Austin, Texas, after a Biden campaign bus was swarmed by supporters of President Donald Trump on the highway. Videos of the incident are circulating on social media.

Multiple videos show cars and trucks with Trump flags surrounding the Biden bus. One video shows a pro-Trump truck crashing into a Biden staffer’s van while following the bus.

“These tactics have no place in Texas, my home state, and no place in America,” one Twitter user wrote.

Eric Cervini, an author who intended to “drum up enthusiasm at polling locations” for the Biden-Harris bus tour, shared a thread detailing the harassment from Trump supporters.

According to Cervini, a line of cars was waiting on the side of the highway to “ambush” the Biden tour bus as it made its way to Austin from San Antonio Friday afternoon.

“These Trump supporters, many of whom were armed, surrounded the bus on the interstate and attempted to drive it off the road,” Cervini wrote. “They outnumbered police 50-1, and they ended up hitting a staffer’s car.”

Cervini also claimed some police officers refused to help the staffers who were being harassed. One officer allegedly told Cervini the matter was outside his “jurisdiction.” “As a historian who studied the rise of the Third Reich, I can tell you: this is how democracy dies,” Cervini tweeted.

Texas Democrats, the group that was supposed to host the rally in downtown Austin, told CBS Austin the event was canceled so it wouldn’t conflict with Kamala Harris’ events. The group also said the cancelation had nothing to do with the harassment from Trump supporters.

But others are telling a different story.

And the stunt on the highway wasn’t the only harassment from Trump supporters to occur that day. Katie Naranjo, Travis County Democratic Party chair, said Trump supporters followed the Biden bus to various campaign stops “to intimidate Biden supporters.”

“To the Texans who disrupted our events: We’ll see you on November 3rd,” Tariq said.