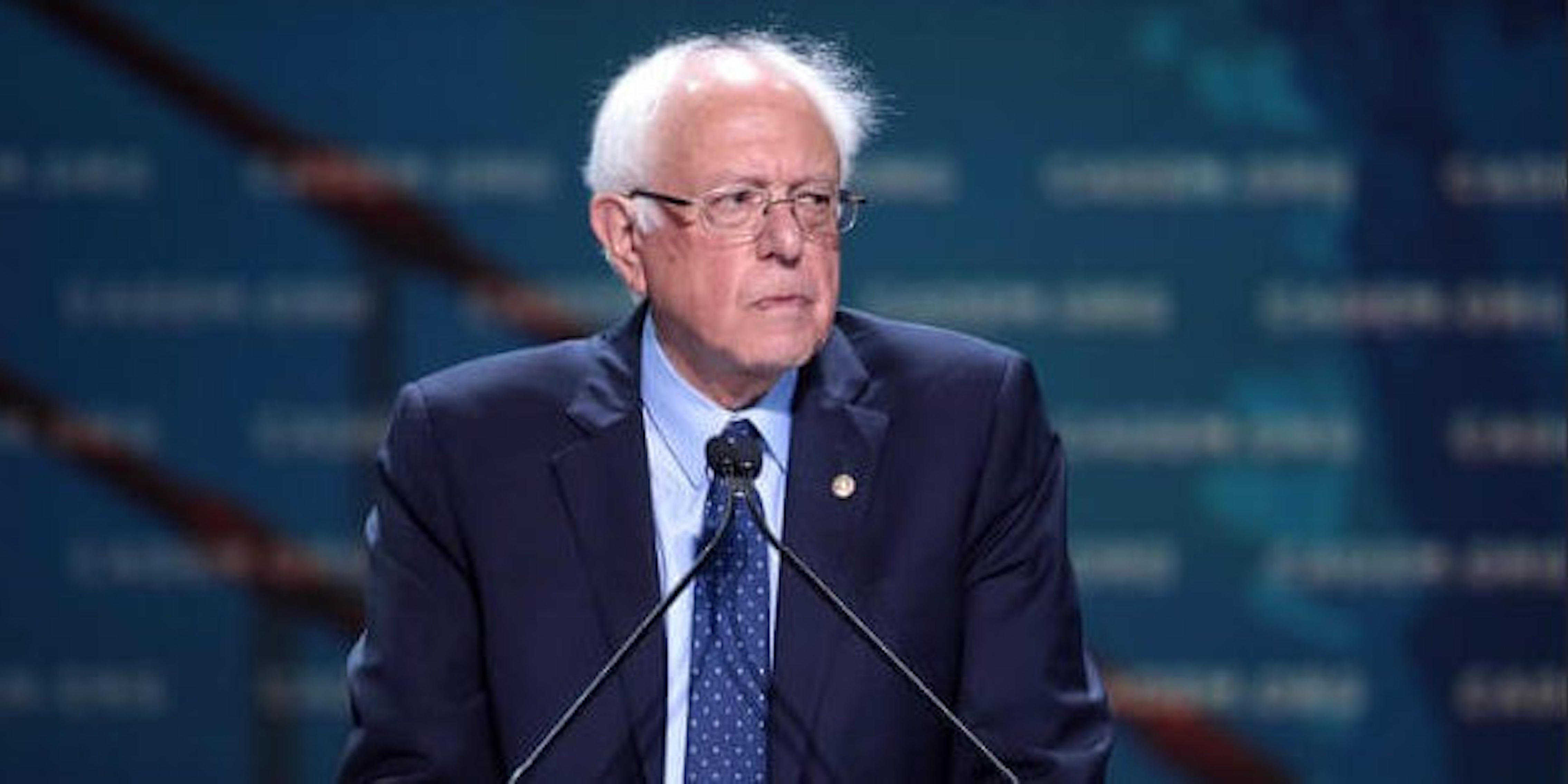 People are falling for the fake video.

A memetic video of Sen. Bernie Sanders (I-Vt.) is making the rounds on Twitter.

In the video, which is fast approaching three-quarters of a million views at this writing, a voice pretending to be Sanders say, “Any female born after 1993 can’t cook. All they know is McDonald’s, charge they phone, twerk, be bisexual, eat hot chip and lie.”

jessus no bernie you cant say things like that pic.twitter.com/y9BTENqHQU

The visual portion is from the November Democratic presidential debate. The audio is reportedly someone doing an impression of Sanders. The video was posted on Reddit a month ago.

Although the voice impression is actually quite good, the video could be described as a shallow fake at best. Sanders’ mouth doesn’t come close to matching the audio dubbed over it.

It’s also just a fun joke, the quote itself from a tweet that went viral last year.

any female born after 1993 can’t cook… all they know is mcdonald’s , charge they phone, twerk, be bisexual , eat hot chip & lie

None of that stopped a ton of people from falling for it, much to others’ amusement.

“Bernie! No!” one protested. “God damn it Bernie I can’t post fast enough to defend you this time,” said another.

Several, presumably regular consumers of cable news, were concerned that broadcasters would think it was real.

One person commented, “Fox is gonna pick this up by morning.” Perhaps hoping it would, someone even snitch tagged Fox News.

No it’s more fun that way

You know, I'd be legit worried people would see this and be so out of touch, they'd really believe it. Especially old people, could actually take away a vote or two. Still made me laugh, it's hilarious.

People who got the joke slid into the thread with some jokes of their own.

“Damn he got red pilled,” @Dbtheebustocles wrote. “This is why Bernie is gonna win,” said @Subatomictoast.

He has a history of saying things like this. pic.twitter.com/OqMwuyzuWO

This is a lie!

I'm pansexual and I've never twerked in my life!

Why, this is really making reconsider if poor people really do deserve healthcare!

Someone’s gonna take this for real and I for one cannot wait.

The Twitter account @ariasagirl, who wrote the line, told the Daily Dot via messenger that they didn’t know about the Sanders video.

“Honestly, I’ve seen one’s of Trump, Obama, and even Jesus, so it’s not too shocking,” they wrote.

“But I love that the meme has made it this far.”