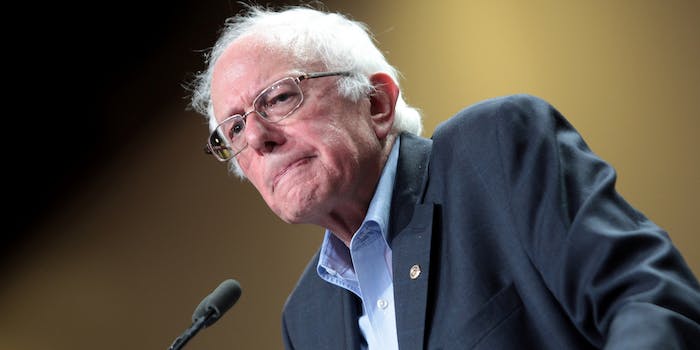 Maine is feeling the Bern.

Sanders’s Maine win was forecast by the Associated Press at 8pm ET, with Sanders ahead 64 to 36 percent and 85 percent reporting. The victory follows substantial wins by Sanders in Kansas and Nebraska on Saturday.

Sanders has now won eight of 20 Democratic primaries or caucuses of the 2016 election.

Clinton, who won Saturday’s Louisiana primary by 48 points, will maintain a significant lead over Sanders in delegates. The former secretary of state currently holds 671 pledged delegates to Sanders’s 476. Clinton also leads in superdelegates, who are able to vote how they wish at the Democratic convention, 458 to 22.

Not including Maine, Clinton’s total delegate count is 1,129; Sanders has 498 delegates. Democratic presidential candidates need 2,383 out of 3,138 total available delegates to win the nomination.

Maine awards 25 delegates, who will be distributed proportionately. Sanders is currently expected to earn 14 delegates to Clinton’s six.

At the time of publication, Sanders and Clinton were debating in Flint, Michigan, which aired on CNN.

Voters will next put their support behind Sanders and Clinton in Michigan and Mississippi on Tuesday, March 8. Clinton currently holds large leads in both states.