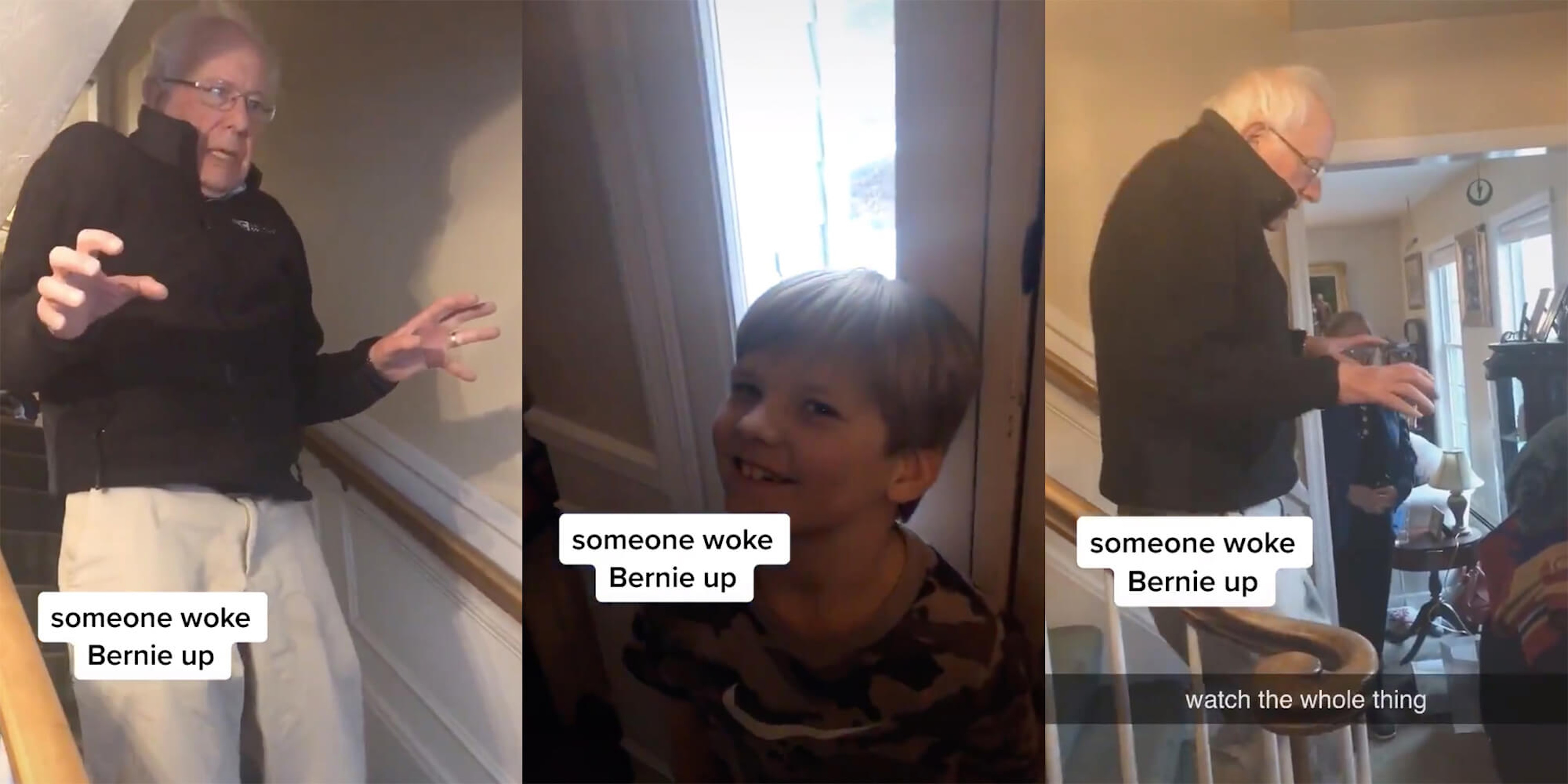 The TikTok offers a rare look at Sanders' non-professional side.

A TikTok apparently originating from the grandson of Sen. Bernie Sanders (I-Vt.) has gone viral for its adorable nature.

The TikTok posted by the user @berniesandersgrandson shows Sanders slowly descending a set of stairs and playfully chastising his grandson for waking him up from a “very deep sleep.” Sanders continues to play the part of a sleepy, grumpy monster as he identifies the culprit: a young boy who he says “promised me a zillion-kadillion-a-billion times” wouldn’t wake him up. The video then ends at a pretty humorous time as the cut makes it appear as if Sanders is about lunge at his own grandson.

The Sanders TikTok is being regarded almost universally as adorable. The video also provides a rare glimpse into Sanders’ non-professional personality and home life.

This is not the first time a candid Sanders TikTok has gone viral on the platform. A video showing somebody poke Sanders’ head with a foam finger before he turns around in confusion also blew up recently.

Although it is unclear if this TikTok account also belongs to someone directly related to Sanders, the foam finger assailant does seem to have very lax access to the senator and presidential hopeful.