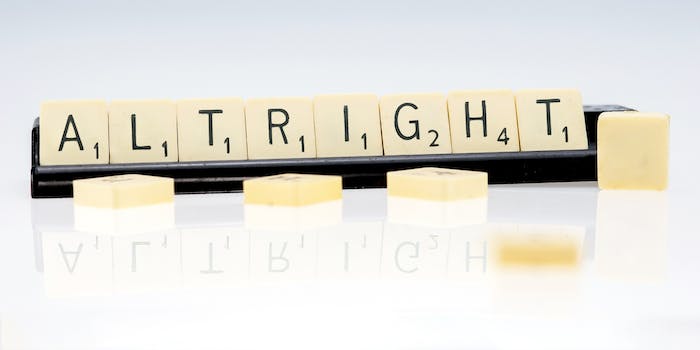 Time to call them what they really are.

The Associated Press announced in a blog post on Wednesday that the term “alt-right” should be avoided because it is a “euphemism to disguise racist aims.”

The AP’s style rules are used to standardize written pieces of journalism, and a wide variety of newsrooms adhere to AP style. Wednesday’s change was motivated by the recent events in Charlottesville, Virginia, where the phrase “alt-right” was often used to describe the white supremacists who gathered there for a “Unite the Right” rally.

The AP explained that any use of the term “alt-right” should be surrounded by quotations or described as the “so-called alt-right.” The post also broke down the gray areas of what the terms “white nationalists” and “white supremacists” mean and where the terms overlap. White nationalists are described as people who believe that white people should have their own state, whereas white supremacists more broadly refer to people who believe that white people are superior to other races.

Even though there is still some confusion about the various terms, limiting uses of the phrase “alt-right” is an effort to spotlight the individual racist groups, including Neo-nazis, the Ku Klux Klan, and others.

The post also outlines a method for referring to the extremist far-left collective known as “antifa,” or “anti-fascist.” While the antifa movement goes back to the 1930s, the AP suggests that this term should stay in quotations for now given its newfound prevalence in U.S. news.

The term “alt-right” was added to the AP stylebook last year to describe the digital presence of far-right ideologies shared among users on sites like 4chan, Reddit, and Twitter.