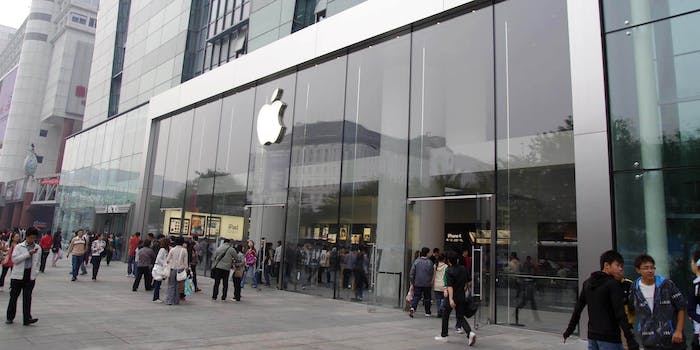 'Apple is fundamentally strong, and this disruption to our business is only temporary.'

Apple warned in a statement to investors on Monday that it expects iPhone “supply shortages” due to the ongoing coronavirus outbreak.

“Work is starting to resume around the country, but we are experiencing a slower return to normal conditions than we had anticipated,” Apple said.

The tech giant noted that the global supply of iPhones will “be temporarily constrained,” causing “revenues worldwide” to be affected as a result.

Issues have also arisen from the fact that certain Apple stores, as well as third-party retailers, have reduced their operating hours due to the coronavirus. The outbreak has led to less consumer traffic into phone stores as well.

Apple stated that its top priority remains “the health and well-being of every person who helps make these products possible.”

“As the public health response to COVID-19 continues, our thoughts remain with the communities and individuals most deeply affected by the disease, and with those working around the clock to contain its spread and to treat the ill,” the company said. “Apple is more than doubling our previously announced donation to support this historic public health effort.”

Another update on the situation will be provided by the company during Apple’s next earnings call in April.

“Apple is fundamentally strong, and this disruption to our business is only temporary,” the company said.

The latest numbers from the World Health Organization indicate that over 73,000 people worldwide have been diagnosed with the disease, with roughly 1,873 deaths attributed to the illness.