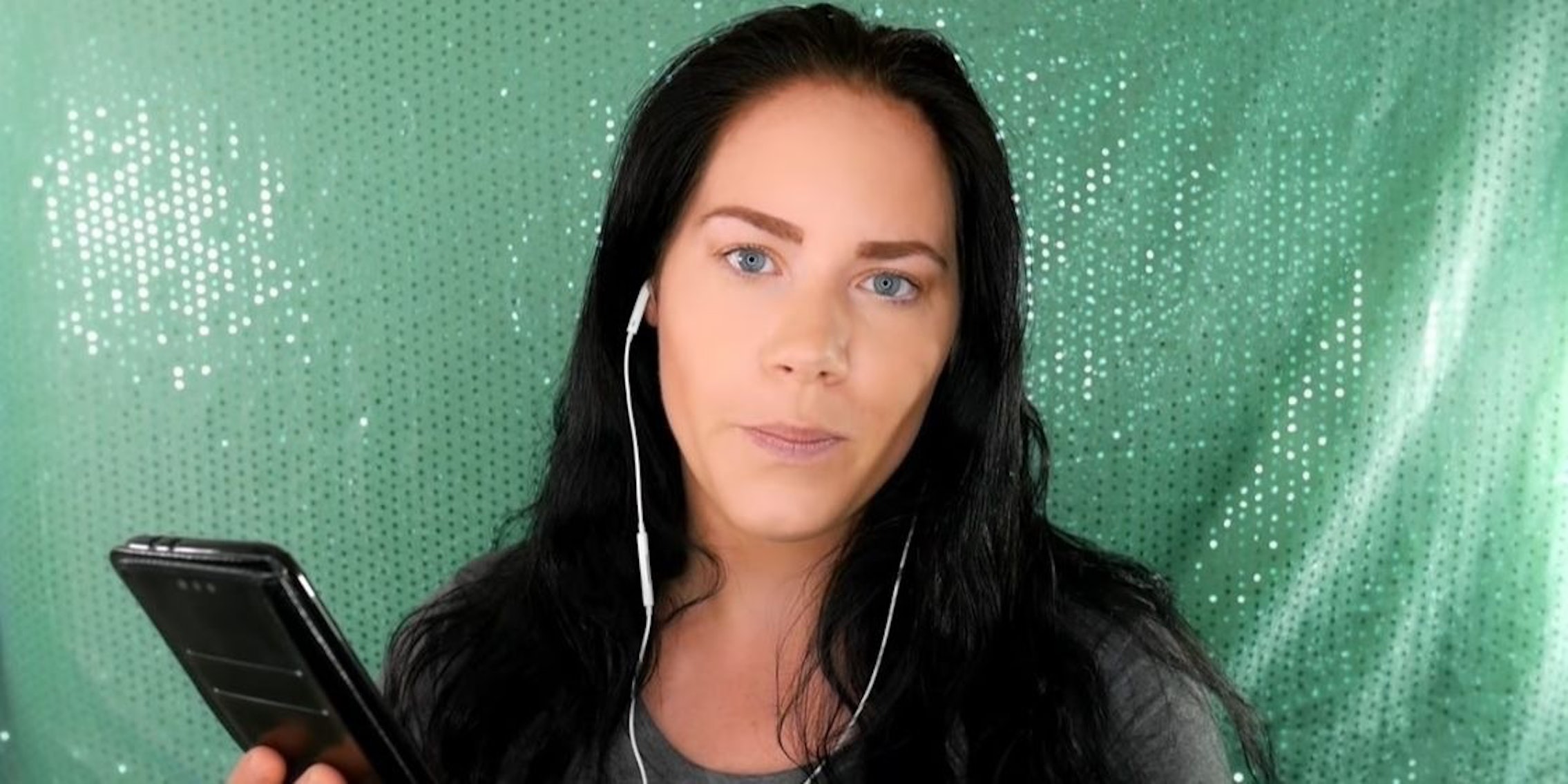 The ASMR community is up in arms.

For the past couple of years, multiple ASMR vloggers have blasted the Tingles app for apparently using their YouTube videos without permission and without paying them to do so. Though Tingles has tried rectifying those concerns in the past, another YouTuber has levied even more accusations against the app.

In a video titled “The murky untruths of the Tingles app,” the Ancient Whispers ASMR YouTube channel (11,000 subscribers) said she discovered that Tingles had been using her content on its app even though she hadn’t signed a partnership agreement and was not receiving payment from the company.

In her video posted Sunday, Ancient Whispers said she took the first step in joining Tingles—an app for people who want to experience ASMR, or autonomous sensory meridian response—as a creator last January. But she didn’t like the partnership agreement she was asked to sign, so she didn’t.

“I forgot the app really even existed since I wasn’t a part of it,” Ancient Whispers said. “Or so I thought.”

But a recent comment on one of her videos clued her in that her content was also appearing on Tingles. She said she then realized Tingles was monetizing her videos even though she never signed on to be a partner.

She sent an email to Tingles, and she said a customer service representative encouraged her to sign the agreement and also let her know that the app actually owed her money. Ancient Whispers said she had never been contacted about payment even though she said Tingles had her PayPal information.

Tingles did not immediately respond to a Daily Dot request for comment.

This, however, is far from the first time ASMR YouTubers have taken issue with Tingles for using their content.

In November 2017, YouTuber Rebekah Smith, who has 358,000 subscribers, wrote to Tingles on Twitter, “You’re reuploading videos w/o consent, denying AdSense revenue & further earning money on content you did not create and have no legal rights to. What you’re doing is illegal and a scam. Please remove my videos from your app. You do NOT have my permission.”

@tinglesapp You're reuploading videos w/o consent, denying AdSense revenue & further earning money on content you did not create and have no legal rights to. What you're doing is illegal and a scam. Please remove my videos from your app. You do NOT have my permission.

In December, Taylor Darling (more than 2.3 million subscribers) wrote, “Many people have been asking me to join the Tingles app. PSA: That will NEVER happen. They have used mine and others videos without our permission, stole money from people, and have harassed me about joining their app in the past. Please don’t support this sketchy company.”

Many people have been asking me to join the Tingles app.

PSA: That will NEVER happen. They have used mine and others videos without our permission, stole money from people, and have harassed me about joining their app in the past. Please don’t support this sketchy company.

Last year, a redditor named DonnaASMR said, “They embedded our YouTube videos (mostly without our permission!) and disabled the ads on it. They contacted me a couple of months ago and asked me if I was interested in partnering with them. I didn’t reply because I wasn’t interested, but they still used my videos! And not just mine, hundreds if not thousands of other creators were affected as well, most of them probably didn’t even know about that.”

Tingles responded at the time by saying it would remove any video that a creator requested and that it wasn’t making revenue off of its non-partnered content.

Hi @LisaIndigoStars, I would like to explain what we're trying to build with Tingles and to clear some misinformation that has been going around. Please find attached my full reply. pic.twitter.com/k6PyO8T1sj

“I realize YouTube is not ASMR optimized for creators or for consumers,” Ancient Whispers said. “Content creators are regularly demonetized despite [content] not being of a sexual nature, and loud ads are commonly played before, after, and sometimes in the middle of ASMR videos. I’d love to have another platform.”

“Show me and everyone else that you’ve actually decided to make your platform honest and transparent,” she told Tingles in her video. “Please prove me wrong.”