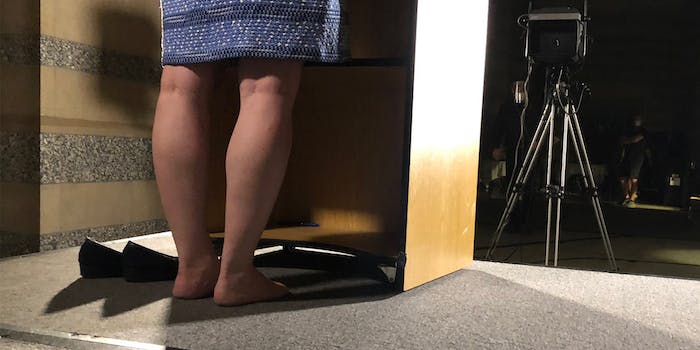 Then she went and committed a cardinal sin.

In a behind-the-scenes look at how she did her speech, given that the convention this year is entirely virtual due to the coronavirus pandemic, Klobuchar showed she made her speech while barefoot.

And posted feet on main.

If there’s one thing you shouldn’t do on your public social media feed, where foot fetishists can swarm, it’s show your feet. It drove Twitter mad.

“senator klobuchar – if there is one thing i have learned on this app in 2020 it is that we are not posting *free* feet pics on the main anymore. i urge u to consider putting a paywall on this tweet it is in ur best interest,” wrote @johnmcgucci.

Others were simply aghast are her bold bucking of decorum.

However, given Klobuchar’s well-known penchant for humiliating her staffers, maybe putting feet on main is more in her character than we know.