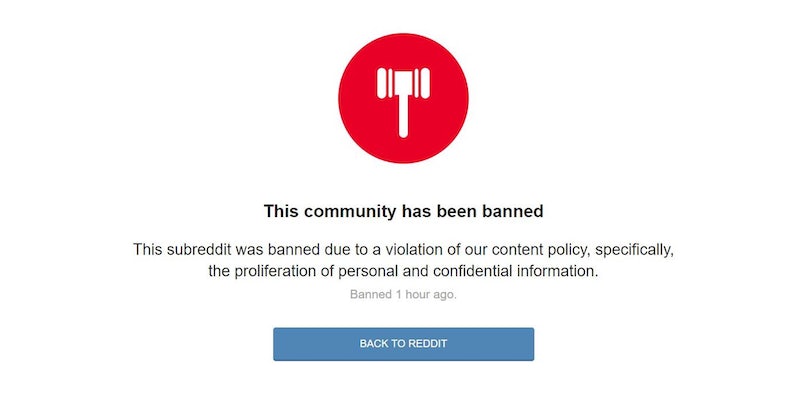 The white supremacist group moves to a new online home.

Reddit on Wednesday banned the official subreddit for members of the alt-right, a white supremacist group that unified over its support of President Trump.

“Reddit is the proud home to some of the most authentic conversations online. We strive to be a welcoming, open platform for all by trusting our users to maintain an environment that cultivates genuine conversation and adheres to our content policy,” Reddit added. “[W]e ask our communities not to post content that harasses or invites harassment… There is no single solution to these issues and we are actively engaging with the Reddit community to improve everyone’s experience.”

It’s unclear how many members were a part of the group. Its page claims to have had a subscriber base of more than 7 million members, but its script elements showed moderators had modified its number by adding three zeros to the end of the subscriber count.

A cached version of the group’s subreddit page shows it has a contingency plan in the event of being banned.  The group’s new home is Voat, a community platform similar to Reddit. The replacement has 488 subscribers as of this writing.

Reddit has increased its efforts to crack down on hate speech, something the alt-right doesn’t shy away from.