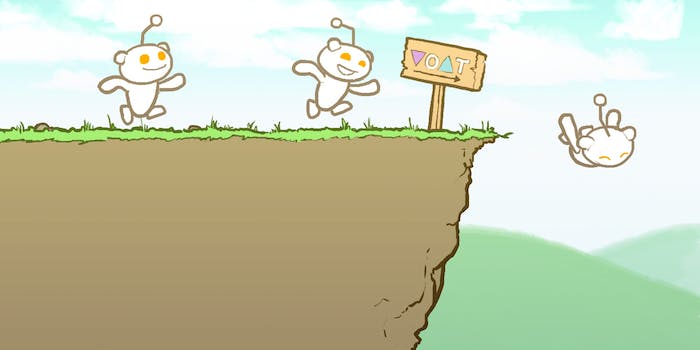 These bottom-dwellers would rather have forums devoted to toxic bullying than Reddit itself.

Can Reddit‘s toxic, pro-harassment underbelly ditch its old home and build a sturdy new one virtually overnight? Many of the free-speech purists fleeing Reddit management’s newly hands-on approach hope so.

Intermittent community backlash is a regular part of Reddit life, but no outpouring of anger and bile has been as intense as the current meltdown over interim CEO Ellen Pao’s announcement that the site will now ban harassing subreddits like r/fatpeoplehate.

Some redditors are now vowing to use AdBlock and urging each other to stop buying Reddit Gold—a strategy that has been backfiring—in order to deprive Reddit of income and force Pao to resign.

But other users are determined to find a new home where they won’t have to worry about censorship for communities that freely incorporate hate speech, harassment, and otherwise reprehensible behavior.

Enter Voat, a Reddit clone that until this week received scant attention but is now blowing up as a sort of refugee community for Reddit’s vilest expatriates.

Almost immediately after the initial bans, some Redditors floated Voat as a censorship-free alternative to what they viewed as the regime of “Chairman Pao.” In the last 24 hours, the smaller site has been slammed with so many visitors that it has been constantly down due to the traffic surge. 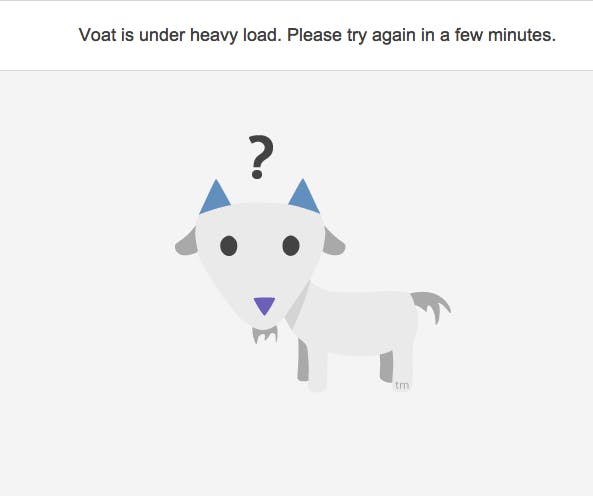 Those users who have managed to make it onto the site have only one thing on their minds: the massive Reddit exodus. 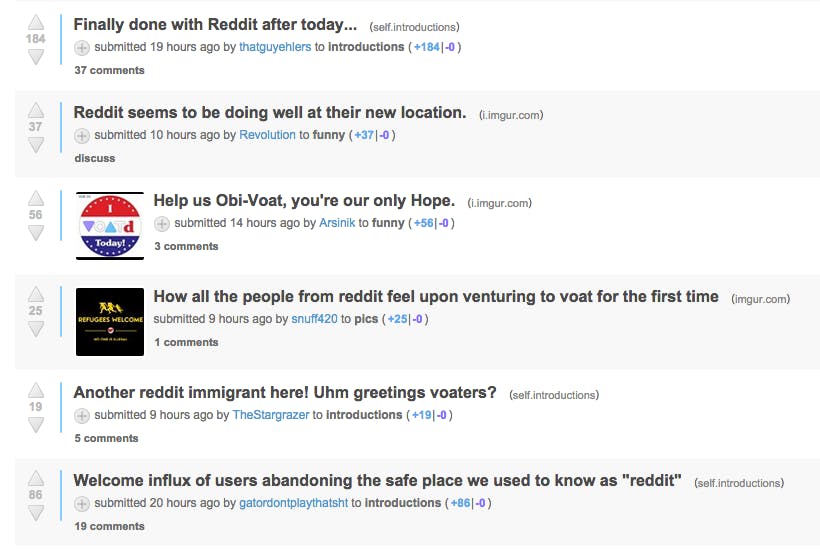 Site administrator Atko commented on the invasion early this morning.

We are sorry to see reddit change like this, in this way, in such an accelerated fashion. We would have never anticipated such events.

We are not ready for such a huge influx of new users and haven’t prepared for such a large and sudden increase either.

But we welcome each and every person and are working hard to catch up in order to handle this.

Voat has already filled up with subverses—the equivalent of subreddits—devoted to topics that have lost homes on Reddit, from the restoration of fatpeoplehate to forums for the violent sexist hate campaign GamerGate. Because the site is currently down, the r/fatpeoplehate community is using 8chan—4chan’s more toxic younger brother—as a backup while they organize their various channels for continued weight-shaming. So far, these channels include Voat, 8chan, and a Qchat server. According to the forum creator, the 8chan iteration of fatpeoplehate will have only two rules:

Reddit, meanwhile, has filled with new Voat fans discussing how they can help pay for Voat’s servers.

It remains to be seen whether a site premised on nurturing harassment and bullying will be sustainable, but if other dark corners of the Internet are any indication, Voat should do just fine.