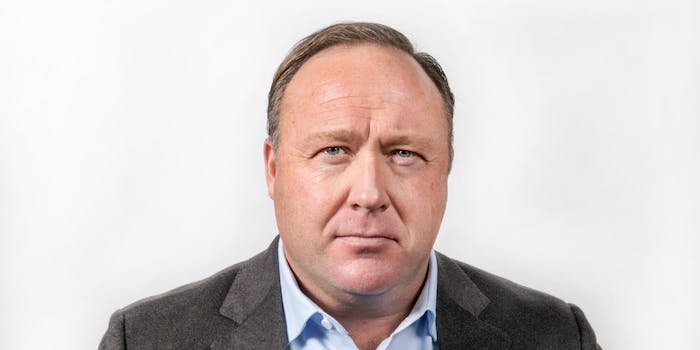 According to the Austin American-Statesman, online conspiracy theorist, radio host and InfoWars founder Alex Jones was arrested and charged with driving while intoxicated “just after midnight” on Tuesday.

A spokeswoman for the Travis County Sheriff’s office told the Statesman that Jones’s bail was set at $3,000. The Statesman reports Jones was booked at 12:37am CT and charged with a DWI, which is a class B misdemeanor in the state of Texas. He was released on bond at 4:11am.

Of course, the jokes have already started piling in. Most are inspired by Jones’s various conspiracy theories, as well as the theories of groups he is associated with, such as QAnon.

Or his constant accusation of others being crisis actors.