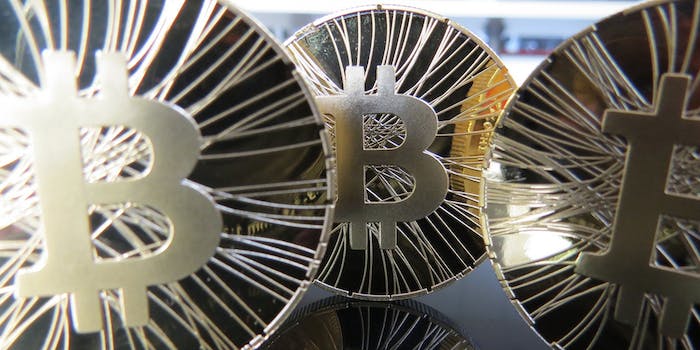 The case of the $150 million Bitcoin transfer may be closed

A researcher may have figured out who moved a fortune in Bitcoin late last week.

On Friday, the tech world was abuzz with the news that someone had transferred $150 million worth of Bitcoin, the world’s most popular digital currency, from one account to another.

That’s a staggering 1.6 percent of all the bitcoins currently in existence.

It’s possible to spot individual transfers like this thanks to the blockchain, a register of every transaction in the Bitcoin ecosystem—but the blockchain doesn’t  reveal who owns a given account. So, who just moved a massive fortune in virtual currency?

Meiklejohn, author of a paper on techniques that can reveal a Bitcoin account’s owner, told the Washington Post’s Timothy B. Lee that the massive transfer likely came from Bitstamp, the second-largest Bitcoin exchange in the world.

Many of the addresses that initially transferred bitcoins into the huge account are known to belong to Bitstamp, and transactions flowing out of the address often went to Bitstamp accounts. Meiklejohn believes the gigantic transfer—which was later broken down into smaller bits and spread among other accounts—was some kind of “internal shuffling” at Bitstamp.

The explanation makes sense, although it’s far less romantic than some of the theories spread around Friday: That the account belonged to incarcerated black market baron Dread Pirate Roberts, that it was owned by the Winklevoss twins (of Facebook infamy), or even that it was controlled by mysterious Bitcoin inventor Satoshi Nakamoto.

Boring as it may be, it looks likely that the biggest Bitcoin transfer on record was just business as usual.