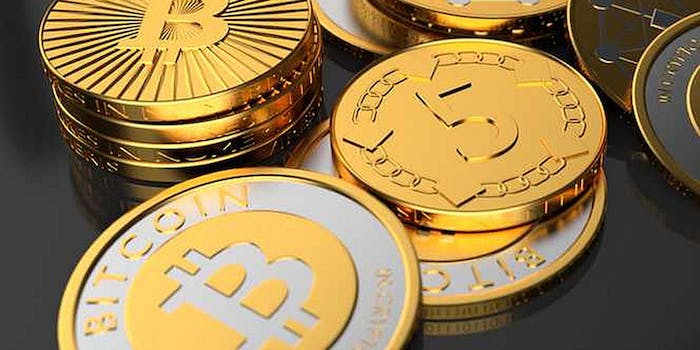 The DEA has seized 11 bitcoins from an alleged drug buyer.

The U.S. government may not print Bitcoin, or regulate it, but apparently the feds can still seize it.

Earlier this week, the federal Drug Enforcement Agency reported that it had seized 11.02 bitcoins—roughly $814—from a South Carolina man attempting to buy illegal substances with the world’s leading digital currency. It’s the first known seizure of Bitcoin by the U.S. government, signaling just how seriously the feds take Bitcoin and the online black markets it fuels.

A report from the DEA notes that the money was netted in April. Little detail is provided about the seizure, which appears on the third-to-the-last page of a 128-page document. Its not even clear what substance the suspect was trying to buy. But for Bitcoin experts, the particulars of this case are less important than the apparent fact that the U.S. government is performing sting operations on Bitcoin sites.

“The DEA appears to have been the first agency to seize actual Bitcoins from an individual with this seizure,” wrote Brian Cohen and Adam B. Levine on the blog Let’s Talk Bitcoin. “Exactly how the Bitcoin was seized is not known as of this writing.”

How the funds were seized is still technically a mystery, but the authors of the Let’s Talk Bitcoin piece and others have their theories. The prevailing wisdom is that a Bitcoin seizure could have occurred one of two ways. Since there is no evidence that Bitcoin itself was compromised, a DEA agent would have either had to take control of a computer with an unencrypted wallet and transfer the amount to a DEA controlled wallet, or they would have had to set up a “honeypot” sting on the popular Silk Road Internet black market, where Bitcoin is regularly used to purchase contraband. In that case, the alleged criminal would have unknowingly transferred the Bitcoins to the DEA himself.

These are still just theories on the part of Bitcoin enthusiasts, who wait to see how the official proceedings will play out. What is clear though is that federal interest in Bitcoin continues to grow.

As Bitcoin’s value has grown, the U.S. government has begun to more heavily scrutinize the anonymous, unregulated cryptocurrency. Last month, the Department of Homeland Security seized one of the U.S. bank accounts of Mt. Gox, the world’s leading Bitcoin exchange. The seizure was the result of Mt. Gox’s failure to comply with anti-money laundering laws.

The scrutiny from the U.S. government has gotten so severe that Mt. Gox has temporarily halted all U.S. cash withdrawals while it works to meet government regulations.