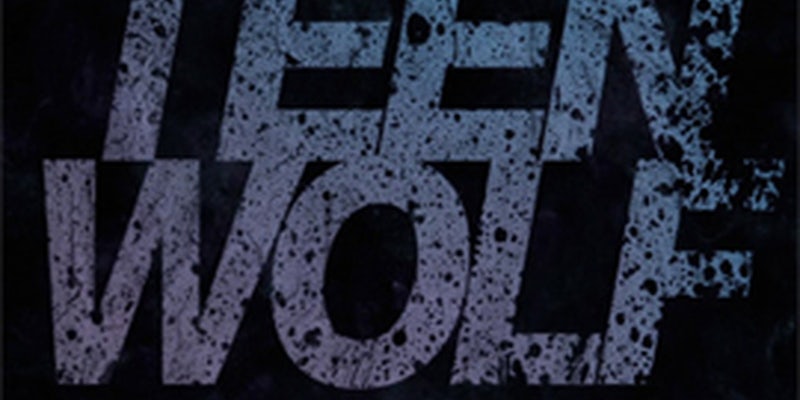 In its effort to reach the YouTube generation, MTV has definitely gotten one thing right: knowing what its fans want.

The creators of Teen Wolf have been raking in attention all summer long for the surprise teen hit. The fanbase mobilized to deliver a veritable blitzkrieg of outrage when the Teen Choice Awards skipped announcing the show’s win for Choice Summer Show. The community rallied again when Entertainment Weekly’s gossip site, Popwatch, snubbed wildly popular queer pairing of characters Stiles and Derek—“Sterek”—for its recent fandom poll. Currently over 115,000 votes have been cast for the pairing in round one of queer pop culture site AfterElton’s slash tourney, a poll featuring only gay pairings that started in response to EW’s snub.

MTV has decided to capitalize on all that fannish energy and put it to good use: namely, writing Teen Wolf fanfic.

The MTV Tumblr announced Friday that winning entrants to a Teen Wolf fanfic contest sponsored by the network would receive a free trip to meet the show’s writers and “tell Jeff Davis what a gift he is,” a reference to the popular fandom tag and catchphrase, “Jeff Davis is a gift.”

“Do you write fanfic?” The network asked. “Do you want us to read it?”

We’ve come a long way from the days when fans hid their fanwork from The Powers That Be at all costs. Fans were overjoyed, if wary, given the exploitative history of such attempts from other networks in the past.

But a look at the official contest rules reveals far less restrictive language than similar recent contests, which have specifically precluded slash fics (homosexual pairings) or even any sexual content. MTV’s contest only regulates what it considers “offensive” or “inappropriate,” which is being taken as a pretty broad license by fanfic writers. And with good reason, the show’s Twitter even openly welcomed the idea of being flooded with Sterek fanfic, unsurprising considering the show’s embracing attitude toward the show’s large slash fanbase.

MTV is certainly not the first to try to tap into its fanbase with a fanfiction contest. Historically, such contests often come with stringent restrictions or caveats, such as a recent contest from Random House which contained language requiring fanfiction writers to essentially hand over their copyright and admit to writing derivative work.

The Legal committee for the Organization for Transformative Works, a fan-run non-profit that advocates for preservation and legal protection of fanwork, issued a statement today that the MTV contest did not raise any flags related to exploitation of fans or their creative works.

[T]he rules… don’t require you to say that “all my fanworks are done only with permission” the way Random House did, so it has no effect on your ability to create other Teen Wolf fanworks…. This language is broad in what it lets MTV do with your entry, because MTV might not be sure exactly how it’s going to deal with the winners. But the language is not broad in what it claims: you just gave MTV a license, and you can’t take it back, but that’s pretty much the minimum that MTV needs to be confident that it can promote the winning entries.

Random House treated fan fiction like a foreign and risky thing it wanted to control, but there are alternatives even for official producers engaging with fans.

MTV seems to have tapped into a ready source of fan goodwill, both by openly embracing the love for queer pairing Sterek—the actors who play the duo filmed a promo for the Teen Choice Awards on a boat, in reference to the large number of people who “ship” them together. And it’s not just the lingo MTV has down; the show has cornered everything from Comic Con to social media in its efforts to get close to its fanbase.

So far, the marketing strategy seems to have paid off, both in terms of publicity and in terms of creating fan loyalty. “MTV really has been really savvy about its social media,” Teen Wolf fan Abby tells the Dot. “I’ve not seen a show that uses it this well. They have people who understand us, and it’s not ‘pandering.”

“It speaks volumes,” wrote one Tumblr fan, “of just how much they really appreciate the love and dedication that us fans have for the show.”

Given that the show has a year before its third season begins, it remains to be seen whether MTV can continue to capitalize on its rabidly enthusiastic fanbase. But, if Teen Wolf succeeds in embracing fan activity rather than shunning it, other franchises will be more likely to follow.

And that could well make Teen Wolf a gift for everyone in fandom.