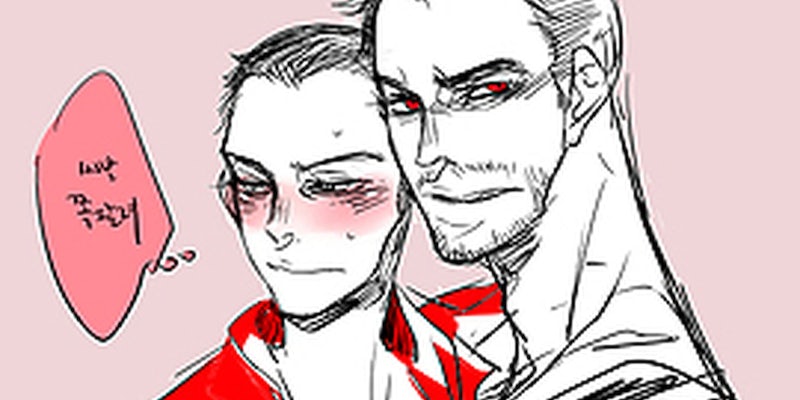 EW asked readers which TV relationship pairing they'd like to see, but overwhelming nominations for a fan-favorite pairing of Teen Wolf's male leads were apparently ignored.

Entertainment Weekly probably thought it was being trendy by asking readers in PopWatch’s recent Summer TV Awards poll who they’re “shipping like crazy.”

But you can’t embrace the fandom concept of “shipping” unless you’re prepared to embrace another age-old fandom tradition—slash.

EW was not prepared, as fans of the popular summer show Teen Wolf discovered quickly when they inundated the nominations post with their support for the same-sex pairing of Derek and Stiles, aka “Sterek.”

When it comes to shipping, the huge subset of the Internet devoted to slash, or queering the texts of beloved shows and series, does it better than just about anyone. They swarmed the site, driving over 35 pages of comments devoted to the pairing of Derek/Stiles, as well as Suits’ Harvey/Mike and other slashable tv duos.

In response, EW not only refused to nominate the pairing, but reportedly deleted all comments showing that the pairing had been nominated. As if the Teen Wolf fandom wouldn’t produce screencaps. (EW later turned the comments back on.)

“Way to go, EW. You just had your very own Chick-fil-A moment! Congratulations!” said TW fan saucery on her Tumblr.

Fans were certainly upset. Tumblr fans signal-boosted a Sterek roll call with over 1500 reblogs. “I have a feeling some popular gay website posted a request: ‘go to this link and complain about the gay couple not being nominated!’” remarked DetGoochberg in the comments to the poll.

“It prefers to be called Tumblr,” was the pithy response.

Teen Wolf fans eagerly pursue any chance to get Sterek into the limelight in a campaign to make the pairing happen on the show itself. Because of Teen Wolf’s progressive stance on queer issues, EW’s deletion of the queer ships bit particularly deep.

“Was it really important for you to have all straight pairings for the shipping category?” FanofJBR commented on the EW poll. “[O]n this day we learn where entertainment weekly stands, on the side of ignorance, broken promises, and outright anti-progressive integrity.”

One thing’s for certain, as FanofJBR pointed out: No matter how the actual poll turns out, PopWatch readers, Teen Wolf writers, and fans all know now exactly which couple everyone is shipping like crazy.

UPDATE: In a message posted below the poll, EW  has acknowledged Sterek fans.

Teen Wolf “Sterek” fans, we’ve read your (hundreds and hundreds of) comments and admire your passion. The reason Sterek didn’t make the category is because it’s not an acknowledged will-they-or-won’t-they storyline on the show itself. The pairings we included in that category all share a scripted, long-established dynamic on their show. We’re sorry if you feel your truly impressive mobilization for nominating the duo was in vain. We will acknowledge your passion with a special award when the winners are announced Monday.

And to clarify: The reader nominations are viewed as suggestions. Votes aren’t counted until the polls open.

Although EW may not acknowledge the possibility of the pairing coming to pass, showrunner Jeff Davis has said his awareness of the fan love for Sterek could influence his writing going forward.