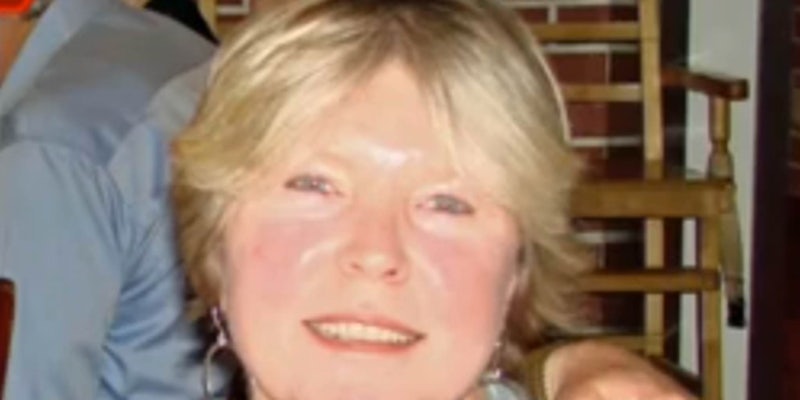 Fugitive taunts police on Twitter, gets arrested in Mexico

Wanda Podgurski is not a very intelligent tweeter.

It’s the kind of arrest that makes you wonder how long the great fugitive Frank Abagnale would have been able to stay out on the lam if he’d had the opportunity to do things like use Twitter.

Wanda Lee Ann Podgurski, 60, was arrested in the Mexican town of Rosarita Thursday after a months-long run from the law that began when she was convicted of disability and insurance fraud.

Podgurski, a former Amtrak clerk who collected more than $650,000 in disability and insurance payments after faking a series of injuries and using that money to go on a series of lavish trips to such exotic locales as Seattle, Boston, China, Fort Lauderdale, and the Dominican Republic, had not been seen in her native Manhattan Beach since shortly after posting a $500,000 bail to get out of jail. She was on the lam. People were writing about her supposed whereabouts. Meanwhile, Podgurski was in Mexico sipping on a cerveza.

Members of the U.S. Marshals Fugitive Task Force found the woman Thursday after taking note of a rather poorly directed tweet, one that allegedly challenged law enforcement to, um, do a better job tracking her down.

Catch me if you can.

Turns out that they can—and did.

U.S. Marshals didn’t make any public announcement concerning how exactly they were able to use the tweet to locate Podgurski, but in a statement, issued shortly after the arrest, District Attorney Bonnie Dumanis suggested that the tweet played a pivotal role in the arrest. Perhaps, as many have suggested, Marshals were able to use some sort of IP address to track her down.

Back on American soil, Podgurski now faces more than 30 years in prison, with “as many as three more years” on the table after going through with the whole escape routine. She hasn’t lost her charm, however. Quiet on her supposed Twitter account from late June until Monday evening, Podgurski, or someone with her login credentials at least, has started posting messages again, writing, “for justice sake, I’m glad you caught me.

How dumb am I? Who would go to Mexico. So close yet not far at all.

As recently as 9:20am EST, Podgurski’s most pressing concern is what to eat in jail this morning.

Hmmmm what to eat in jail this morning? Do you have organic coffee?