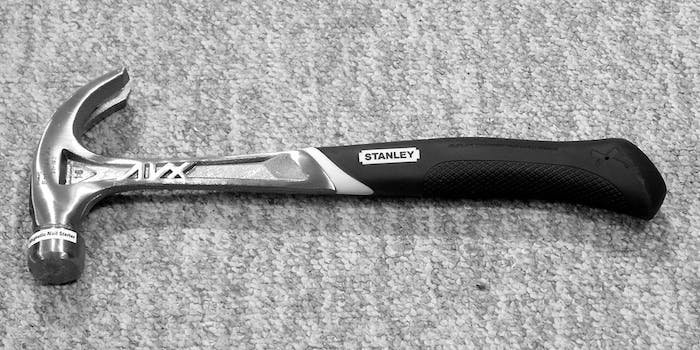 Another day, another Uber scandal: A San Francisco driver for the ride-sharing company has been accused of causing serious injury to a passenger after hitting him on the head with a hammer.

SFGate reports that the UberX driver, Patrick Karajah, picked up the victim and two friends at a bar early Tuesday morning. After Karajah and the victim, who is not named in the court documents, got in an argument over what route he was taking, Karajah pulled the car over and forced the group to get out. He then hit the victim on the head with a hammer and drove away.

The victim of the attack is currently in the hospital, where he’s being treated with severe fractures and trauma to the head. Karajah has pled not guilty to charges of assault with a deadly weapon and battery, and is currently out on bail.

This is not the first time this month that Uber has landed in hot water for their drivers’ bad behavior. Last week, Uber driver Ramy Botros was arrested in Orlando for putting his hand inside a passenger’s blouse, allegedly telling a policeman that the victim was “asking for it” by dressing inappropriately. Last June, San Francisco Uber driver Daveea Whitmire was also charged with two misdemeanor battery charges after allegedly assaulting two victims, including one victim who claims Whitmire pulled her by her ponytail onto the street.

In light of the most recent allegations against Uber and Karajah, an Uber spokesperson released the following statement:

We take reports like this seriously and are treating the matter with the utmost urgency and care. It is also our policy to immediately suspend a driver’s account following any serious allegations, which we have done. We stand ready to assist authorities in any investigation. Safety is Uber’s No. 1 priority.