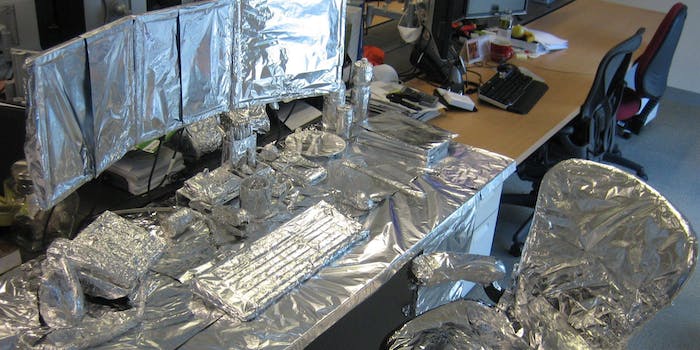 Next hot teen trend: getting on a TSA watchlist for life.

Fresh off the revelation that yes, anyone can tweet a bomb threat to an airline and yes, it will piss off authorities, copycat tweeters are now pranking them in droves.

It all began Sunday, when purported 14-year-old girl @QueenDemetriax_ tweeted to American Airlines “my name’s Ibrahim and I’m from Afghanistan. I’m part of Al Qaida and on June 1st I’m gonna do something really big bye.”

While American Airlines falsely claimed they could forward her personal information to the FBI, law enforcement was concerned: Dutch police arrested her Monday.

Nevertheless, such tweets apparently seem a great idea to a handful of play-terrorists. User @twerkcunt—a user clearly inclined to troll, given his name and previous tweets—tweeted something similar to Southwest Airlines on Monday: “my name is armin from Iraq & i just wanted to let your team know that there will be an explosion taking place soon bye.”

@twerkcunt quickly deleted the tweet, but not before Southwest called him out:

@twerkcunt The safety of our Customers and Employees is our top priority. Your info had been given to the appropriate authorities.

Another user, @WesleyWalrus, apparently did something similar. Though her offending tweet also seems to be deleted, she also got the angry response from Southwest:

@WesleyWalrus The safety of our Customers and Employees is our top priority. Your info had been given to the appropriate authorities.

All three users have another thing in common—a downright teen-like backtracking of “OMG I was joking!” QueenDemetriax_’s account has since been suspended, but she tweeted earlier, “Omfg I’m so stupid I’m scared” and “omfg I was kidding.” twerkcunt and WesleyWalrus aren’t any different.

@SouthwestAir I WAS JOKING

A TWEET IS NOT A CRIME WHAT THE HELL

The next teen trend, presumably, is hopping on TSA watchlists for life.

Hello my name’s Khancie and I’m from Afghanistan. I’m part of Al Qaida and on April 16th I’m gonna have a chest bomb on me @AmericanAir

@USAirways Hello my names Abraham and I’m from Afghanistan. I’m part of Al Qaida and on December 16th I’m gonna do something really big.

@Delta I am a from Pakistan and on April 20th I am planning something big. Goodbye.