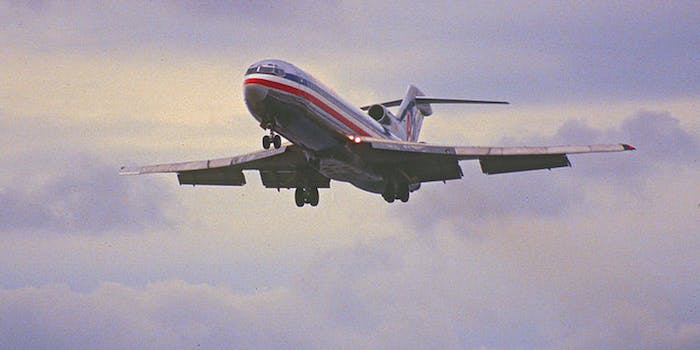 Twitter user @QueenDemetriax_ has been having one exciting Sunday. She spent her morning tweeting a bomb threat at American Airlines, and then attempted to do the worst damage control ever after the airline told her they’d reported her to the FBI.

It started when she tweeted, “Hello my name’s Ibrahim and I’m from Afghanistan. I’m part of Al Qaida and on June 1st I’m gonna do something really big bye.”

“Sarah, we take these threats very seriously,” American Airlines responded. (The tweet has since been deleted.) “Your IP Address and details will be forwarded to security and the FBI.” 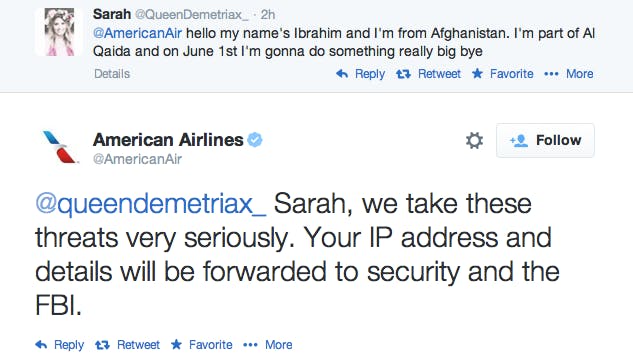 Why would I blow up one of your planes, I have my own jet @AmericanAir

I’m fucking 14 years old, do they think I’m gonna blow up a plane or something. I’m just stupid okay

Why, yes, it’s sort of their business to keep an eye on terrorist threats. 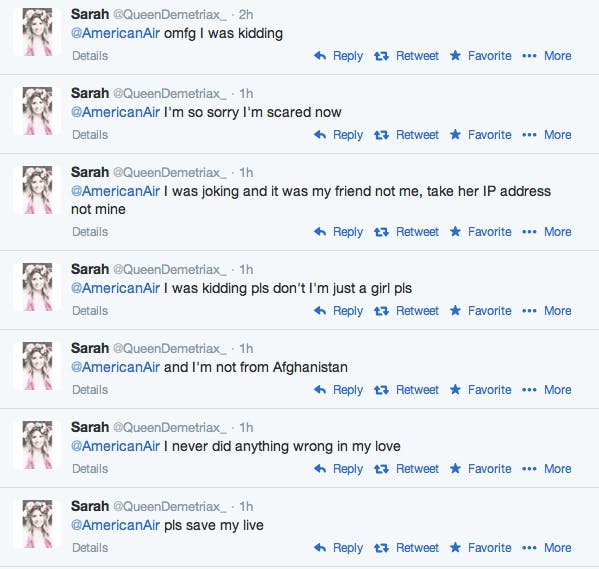 
As the Twidiot tweeted out a crazy range of emotions to her 16,000 followers, she also invoked patron saint of social media teens Demi Lovato to help her:

I always wanted to be famous, but I meant like Demi Lovato famous, not Osama bin laden famous

I’m not gonna tell my parents, they’ll tell me to delete my acc omg that would be the end of my life

Nu Wexler, who handles public policy communications for Twitter, claims that American Airlines can’t technically get the IP addresses of people who mention them:

@neetzan @QueenDemetriax_ But @AmericanAir doesn’t have the IP addresses and “details” of accounts that mention them on Twitter.

The exchange has disappeared from American Airlines’ timeline, but perhaps this is a teachable moment for oblivious teens everywhere, if she is indeed a 14-year-old from “Neverland.” Or, really, anyone with a brain who uses Twitter.

Did “Queen Demetriax” learn anything? Well, she tried the ol’ “I got hacked” excuse, but boasted she picked up 3,000 followers today. So, probably not.

I blocked the FBI just in case

Update: Dutch police confirmed that the teenager who tweeted threats at American Airlines yesterday was arrested at her home in Rotterdam today, but no charges have been filed yet.

An official spokesperson for the Dutch police told Business Insider they can’t communicate charges at this point, but that they “thought it was necessary to bring this out mostly because of the fact that it caused a great deal of interest on the Internet.”