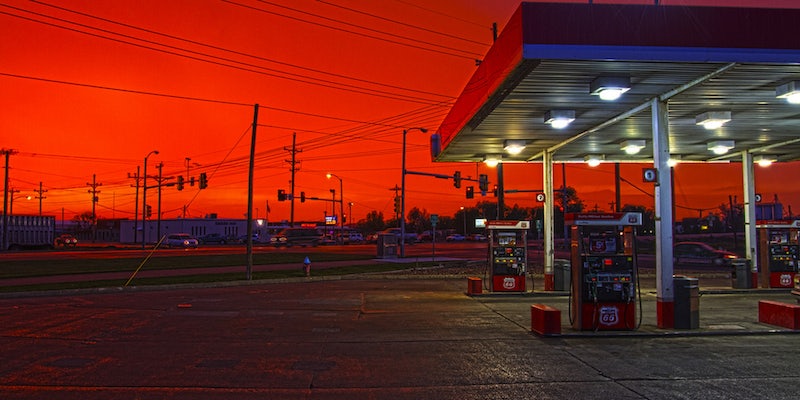 “When I saw myself pooping, I was just like, you've gotta be kidding me."

Tumblr is refusing to remove photos taken illegally in a gas station bathroom.

When approached by KTVI in St. Louis, which launched the original investigation into the peeping Tom, the blogging site said it wouldn’t remove the images unless it heard from the victims directly. Since the photos of victims on the toilet don’t show their faces, Tumblr is standing firm until it hears from victims directly.

“When I saw myself pooping, I was just like, you’ve gotta be kidding me,” Rob Cheney, who claims he was a victim, told KTVI.

This is despite the fact that the reporter on the story, Chris Hayes, was able to locate the gas station the videos were filmed in, since the victims were wearing Mobil uniforms. “In the time frame (the suspect`s) been doing this, I was in that bathroom,” said another man who thinks he is a victim.

The man hit back at Tumblr’s assertion that people have to prove they’re in the videos for the site to remove footage obtained through a felony-level invasion of privacy.

“I don`t think I have [to prove] I`m on the camera,” he said. “I`m still a victim. It`s obvious in these pictures that these people were not consenting to that and it needs to be taken down whether or not they have a specific one of me or not.”

While the photos appear blurred in a KTVI video report, the Daily Dot was unable to locate the images on Tumblr due to the site’s limited search functionality for images of this type.

Tumblr did not immediately respond to our request for comment.

Update: A Tumblr spokeswoman told the Daily Dot in an email that the photos were not removed because the alleged victims did not follow the company’s proper procedure for having content deleted from Tumblr sites:

In accordance with Tumblr’s Community Guidelines, we take violations of privacy very seriously. In keeping with our policies, individuals who feel a violation has taken place must contact [email protected]. Our Trust & Safety team then assesses the situation and acts accordingly. In the case of this situation in particular, we informed the complainant of the information needed to do a proper evaluation and that information was not provided.