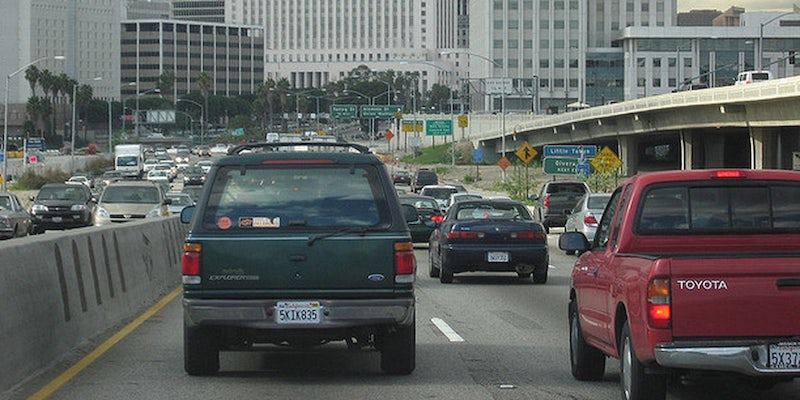 At nearly 50 years of age, rap mogul Marion “Suge” Knight has had his share of murder beefs, and urban legend connects him to many more. But footage from an alleged hit-and-run in January may be the most damning evidence yet of his capacity for violence.

The graphic video, obtained by TMZ, shows Knight’s truck pulling into the parking lot of Tam’s Burgers in Compton, Calif., following an alleged dispute on the set of the Dr. Dre biopic Straight Outta Compton. Cle “Bone” Sloan, part of the film’s security crew, approaches the driver’s side window, sparking an altercation. The truck backs up, striking Sloan, then jumps forward, running over Sloan once more and fatally striking another man, Knight’s friend Terry Carter.

Knight turned himself in to Los Angeles police the morning after fleeing the scene. He was arrested on suspicion of murder, attempted murder, and a hit-and-run collision, charges to which he has pled not guilty.

Over the past few weeks, Knight has fired several lawyers and lodged many complaints about inadequate medical care, claiming near-blindness and a host of complications arising from six gunshot wounds suffered in the last year.

Knight is expected in court today for a hearing on evidence in the case.