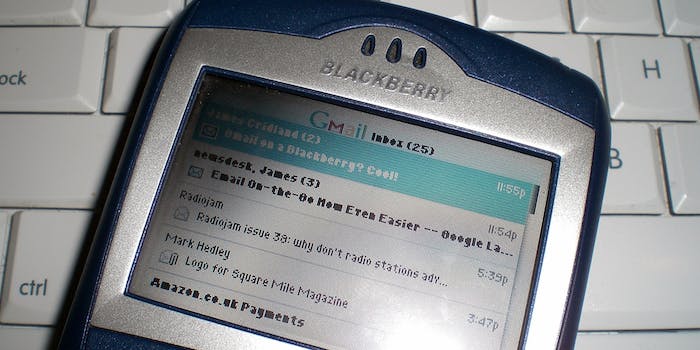 Needapassword.com offered to sell Gmail passwords to suspicious spouses who wanted to catch their partners cheating.

If you’ve ever suspected your partner of getting a little something on the side, your first instinct was most likely one of the following: a) to confront them when they came home by angrily belting out the lyrics to this classic ditty; or b) to search for evidence of their infidelity by reading their texts and trying to figure out their Gmail password.

Of course, you probably didn’t end up doing either of these things, because snooping is morally wrong, and no one would ever dream of running around on your sexy charming badass self anyway. But had you opted for the latter route, you might’ve wanted to hire Mark Anthony Townsend and Joshua Alan Tabor.

The Arkansas men are allegedly the brains behind needapassword.com, a company that obtained email passwords for spouses searching for evidence of their partners’ indiscretions. Last Friday, the pair were arrested and charged with accessing a protected computer without authorization, and facilitating access by others.

Founded about a year-and-a-half ago, needapassword.com was targeted at jealous spouses desperate for information, charging between $50 to $350 for access to a spouse’s account. According to the FBI, Townsend allegedly ran the operation out of his local fire department, where he worked as a volunteer for a search and rescue team.

Using a technique called “spear phishing,” which basically involves sending a fake e-mail to an account owner to trick them into providing sensitive information, Tabor and Townsend managed to hijack nearly 6,000 Gmail and Yahoo accounts. They would then send a screenshot of the account to their clients as proof that the operation was successful, processing their payments through PayPal.

While obviously failing to meet any standards for human decency, Townsend and Tabor were successful in their quest to financially profit off the suspicions of vulnerable spouses: The FBI reports that the pair netted more than $100,000 over the course of a year and a half. It’s unlikely, however, that the two will be able to enjoy the fruits of their labor: They’re facing up to five years in federal prison.