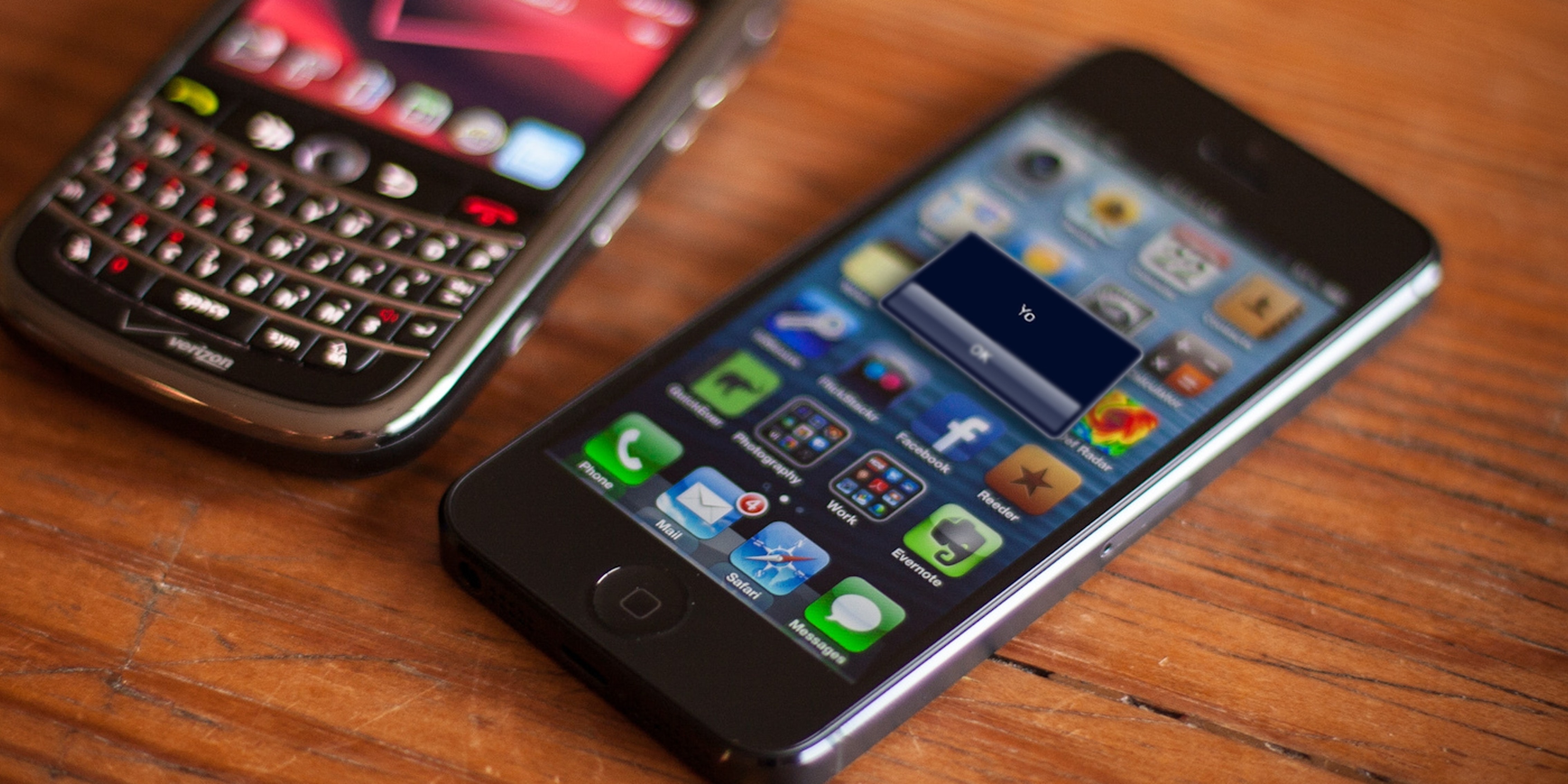 Meet the CEO of Yo, the million-dollar app that sends just one word

Or Arbel wants to change the way you get "lightweight notifications."

Yo is, as of six hours ago, the hottest new app in tech right now. It’s a “zero character communication tool” that lets users send a “Yo” to their contacts—and nothing else. It just received $1 million in funding.

Yo’s CEO (or “CE-Yo,” amirite?) is Or Arbel, an Israeli developer previously employed by social network Mobli as its head of iOS development. He left in August 2013 to work on a new project, Stox.com. In March however, prompted by a friends’ need for an app that could effectively call his PA and do nothing else—”just a big button”—he began work on what would become Yo.

Growth has been slow and steady for Yo, allowing Arbel to leave Stox last week to focus entirely on the project. He’s the only full-time member of staff, Arbel told me, though there are a total of five freelancers and part-timers—including a marketing guy, someone doing servers and quality assurance, and an android developer.

It’s only in the last day that Yo has really taken off. After posts from ThinkProgress, Business Insider and the Financial Times, Twitter is currently buzzing about Yo. The two-month-old app has 50,000 users and counting—a full 10 percent of which signed up in the last 24 hours.

Facebook is scratching its head raw over Yo right now.

The news that Yo has already raised $1 million from angel investors associated with his old boss Moshe Hogeg has just made the Internet all the more feverish over the almost absurdly simple app.

But isn’t this all a flash in the pan? Not if Arbel has anything to say about it.

He outlined ways in which it’s currently used to me: as a way for his friend to check in with his wife, signifying he loves her; to wish friends a good morning; to tell business colleagues when you’re out of a meeting.

Yo has an API for developers and a strategy that, just possibly, is crazy enough to work.

Brands will sign up to Yo, Arbel envisions, and users will then choose to become contacts of those that they care about in order to receive updates they care about. As an example, if you add “WORLDCUP” to your Yo contact list, you’re sent an automatic “Yo” whenever any team scores a goal.

The 49ers could “Yo [when] we score a touchdown!”, he suggests, or a user might receive a Yo when their coffee is ready at Starbucks. Alternately, he told me, Daily Dot readers could choose to add us on Yo to be notified whenever we publish a new article.

Users aren’t required to provide an email address, phone number, or any identifying information when signing up—only a username is needed—and this noninvasive nature, Arbel reasons, means users are far more likely to sign up for it than to subscribe to a mailing list or install an app that might fulfil the same purpose.

Similarly, it’s hard to envision a scenario in which Yo could be used abusively—as Snapchat has, with allegations that its messages’ ephemeral nature makes it an ideal playground for cyberbullies. With zero content in the messages, spam is effectively eliminated, and blocking a user is as simple as swiping them off your contact list.

If someone approached him today, would he consider selling?

“This is only the beginning,” he reasoned. In a year’s time, “if you have Whatsapp, you will have Yo next to it.” It’s a whole new way, he claims, for “how you’re going to get lightweight notifications.”

On the issue of monetization, Arbel admits he hasn’t got it all sorted out yet. Perhaps large companies will pay to send Yo’s to above a certain number of people, Arbel speculates. One thing is clear however: There will be no adverts.

“Not at all, not in a million years,” he said adamantly. “You’ll only get Yo’s from stuff you subscribe to… you’ll never get a Yo from something [you didn’t].”

Is the fact Yo’s already closed $1 million in funding and has “a lot of people that are very intrigued” a damning indictment of the tech sector’s total detachment from reality? Arbel promises that Yo can be a “really, really good engagement tool,” and after getting off the phone, I’ll admit I’m almost convinced. From airlines sending you a Yo when your flight starts boarding to ice-cream trucks automatically Yo-ing you when they’re in the area, some implementations are definitely more plausible than others.

Almost 4 million Yo’s have been sent so far. Will the app transform the way we receive notifications, or is it just a gimmick with insane aspirations? I don’t think even Arbel knows for sure.

But I can’t wait to get a Yo to find out.