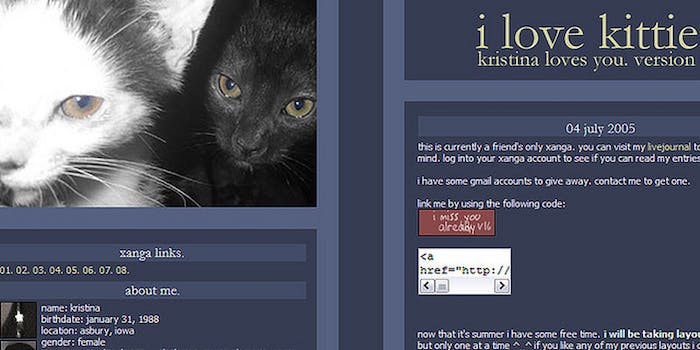 Xanga fights for its life with crowdfunding bid

For a system that thrives on change, the Internet can be oddly resistant to it.

For more than a dozen years—an eon in digital terms—Xanga has been revamping and reformatting itself. It has mutated from a site to share book and movie reviews into a blogging platform that eventually added social profiles, video/photo/audio uploading, and Pulse, a “miniblog” feature accessible by cellphone.

At its zenith, Xanga claimed a formidable, mostly teenaged userbase, but by 2007, most had already migrated to greener pastures. 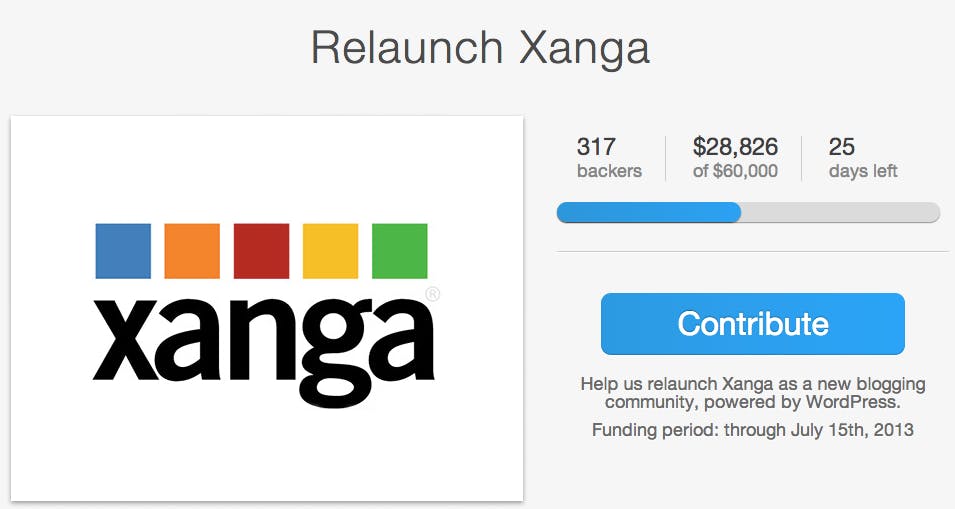 Now, with foreclosure looming, loyalists are banding together to fund a relaunch of Xanga “as a new blogging community, powered by WordPress.” “[email protected],” author of the Crowdhoster appeal, knows perfectly well that the outlook is not good:

We’re now at a crossroads, as our lease is up soon on the networking facility where we’ve been hosting our servers.  As the status quo is no longer possible, we’ve been working to figure out the best way for the Xanga community to move forward.

We’ve seen other sites go down different paths… some have sold their sites to the highest bidder, while others have doubled on their own platform. The thing is, it’s really hard to grow a social site that has fallen from previous heights. MySpace, Friendster, LiveJournal… lots of people have tried to resurrect these sites, and it has rarely, if ever, worked.

Even with nearly $30,000 in pocket—half of the requested $60,000—ahead of the July 15 deadline, at which point Xanga will move or simply expire, some users are throwing in the towel. A small effort running parallel to the relaunch idea is a Google Doc database with information about where specific Xanga blogs are being ported to ahead of the potential shutdown.

The problems don’t end with that $60,000 jackpot, either. As John goes on to explain:

Because of this cost, we would have to move Xanga to a paid model, where bloggers pay for hosting for their blogs. (Just being a member of Xanga would still be free though, so others could still subscribe to your site.) We would enable our bloggers to pay in either money or time (through volunteering). At first, though, we would only be able to offer money options – as we would need a significant amount of money to make the relaunch possible.  We would also include a gifting option, where you can buy a Xanga blogging membership for a friend… or earn one through volunteering, and gift that blogging membership to a friend.

If this sounds hopelessly convoluted and fairly unenticing in a world where people connect via Twitter, Tumblr, Facebook and Instagram for free, that’s because it is. Saving Xanga this way would be, at best, a Sisyphean task. How long can one keep pushing that boulder up the hill?

The alternative option, as outlined on the Crowdhoster page, seems much more attractive: offer everyone a free download of their own blog posts, then pull the plug with some dignity left intact.

It’s touching that this online community wants to stay connected, but the conversation doesn’t have to end with Xanga. The proposed solution is no better than simply switching to an alternative platform. For a system that thrives on change, the Internet can be oddly resistant to it.